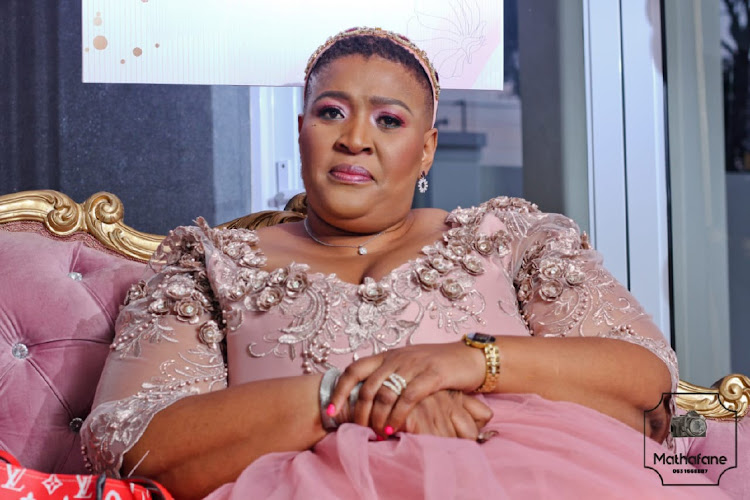 Community activist Nomkhitha Zokufa believes it is her calling to make a difference in people’s lives.
Image: SUPPLIED

Community activist Nomkhitha Zokufa, also known as Mizzie, from Gonubie, has always had the urge to make a difference in the lives of people who are faced with hardships.

Going an extra mile for the less privileged is something that motivates her in making sure she puts a smile on someone’s face.

Zokufa said: “I have worked for various organisations and lived in other provinces; coming back to the Eastern Cape gave me a greater purpose as it dawned on me that community work, giving and willingness to help others, is my calling.

“And what better way when my job allows me to dive into the heart of the province and assist our people.”

Her recent community work involves helping people from Mzamomhle township in Gonubie and Duncan Village who experienced raging fires which destroyed their homes earlier this year.

She contacted stakeholders to assist in donating essentials.

Keiskammahoek born Zinzile Mhesele, 38, is a sport fanatic who has dedicated his life to making sure young people are not victims of societal ills by ...
Local Heroes
11 months ago

Zokufa said: “I was touched and worried about the safety and wellbeing of those who were left homeless by these two tragic incidents.

“The beneficiaries received food parcels from Shoprite’s Eastern Cape division, and 110 mattresses as well as sanitary products from the Gift of the Givers Foundation.”

She works for the department of agriculture, land reform & rural development, as a manager. She is responsible for women, children, people living with disabilities and older people.

“In 2015, I started a Back to School Campaign focusing on rural schools where I supplied school shoes, bags, shirts, socks and stationery.

“The determination for community work grew, as in 2016 the basic school items were accompanied by additional grocery items for vulnerable families,” Zokufa said.

Two years ago East London resident Marion Marillier took the bold step to quit her corporate job and pursue a cause close to her heart: to make a ...
Local Heroes
11 months ago

Last year, when the world was brought to its knees by the Covid-19 pandemic, Zokufa initiated a drive with Gift of the Givers and supplied 500 families from Ducats with food parcels, blankets and hygiene packs.

“The situation in Ducats was brought to my attention through Livingstone’s Christian Church, as my church is based in Ducats, and I am a church board member.

“We normally have community drives in Ducats to assist the vulnerable in the community.

“However, as the Covid-19 created chaos and people lost their jobs, I took it upon myself, using my network and resources to assist our people.

“I submitted a request through the Gift of the Givers. The request was approved and 500 families were assisted with food parcels, blankets and hygiene packs,” Zokufa said.

Yolande Mentoor feeds an army of East London children, mostly from her own pocket

Realising the great need in her community after working with various schools, Parkridge resident Yolande Mentoor has been running a feeding scheme ...
Local Heroes
11 months ago

In January this year, Zokufa rolled out “A Right to learn Campaign” with the purpose of motivating and encouraging a learning culture among pupils, especially those from vulnerable communities.

“The campaign was rolled out throughout the districts of the Eastern Cape, school supplies which included school bags, shoes, sanitary towels for the girl child and hygiene packs were handed to deserving learners from vulnerable households.

“This is an ongoing campaign as there is always a need and a gap to assist the vulnerable in our society,” she said.

Nominator Thabile Mehlomakhulu described Zokufa as a selfless person who makes sure that people who are in dire need are helped.

Green grass, open fields, and a lot of love and attention are what the four-legged creatures at Chintsa Horses Rescue and Rehab Centre receive on a ...
Local Heroes
1 year ago

Mehlomakhulu said: “As the pandemic ravaged our communities there was a rise of gender-based violence and young girls became victims of heinous sexual crimes.

“In November 2020 when there was an easing of lockdown restrictions, Zokufa hosted the Girl Child Empowerment Session.

“This created a platform where various stakeholders unpacked reforms that equipped young girls with life changing skills and coping mechanisms.”

She said Zokufa hosted the 2021 Child Protection Summit last month with an aim of finding ways to address issues faced by children especially in rural areas.

The children’s summit was commemorated in the Chris Hani district municipality with the theme “Let us protect children during Covid-19 and beyond”.