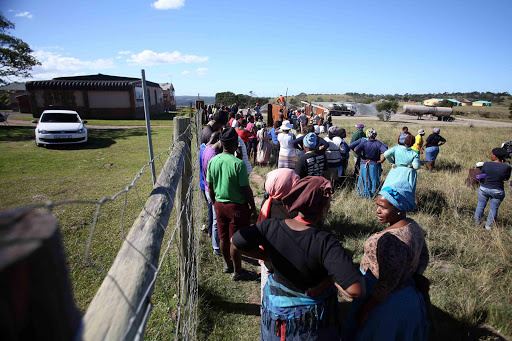 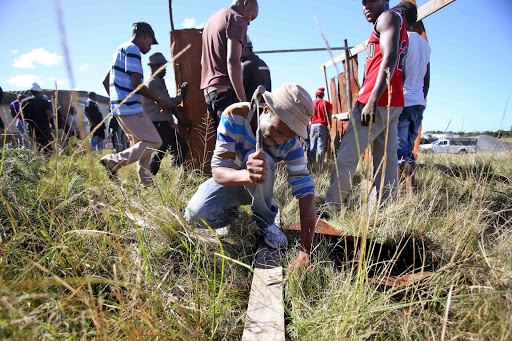 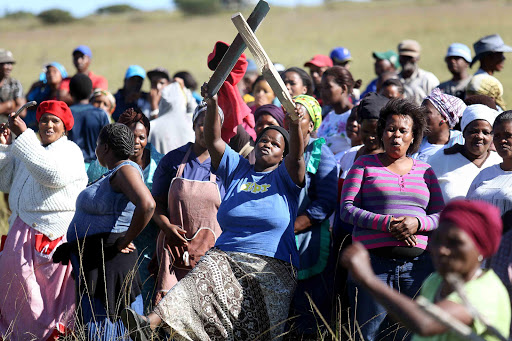 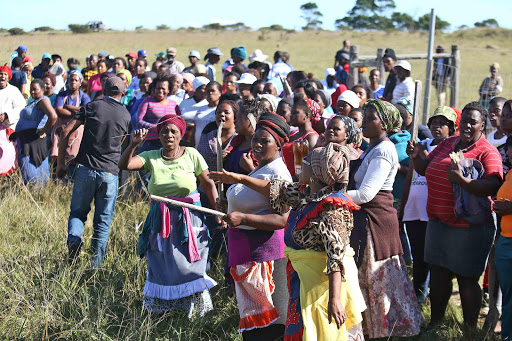 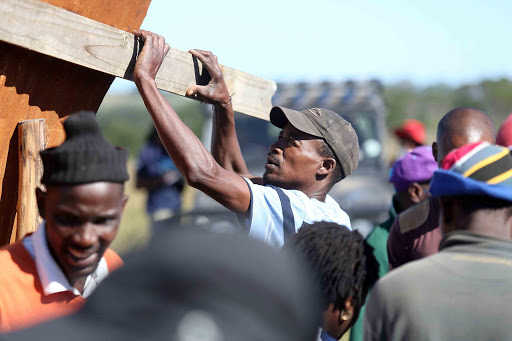 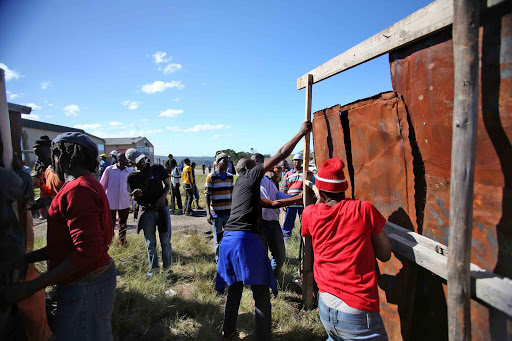 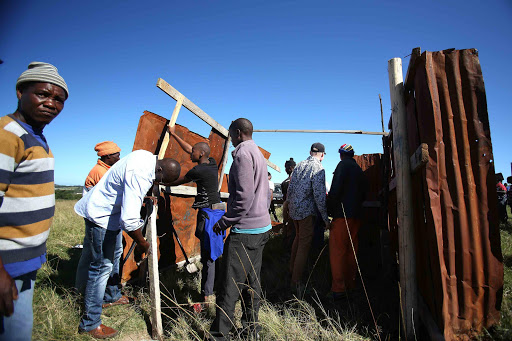 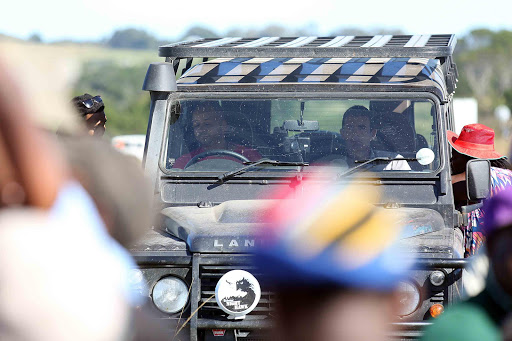 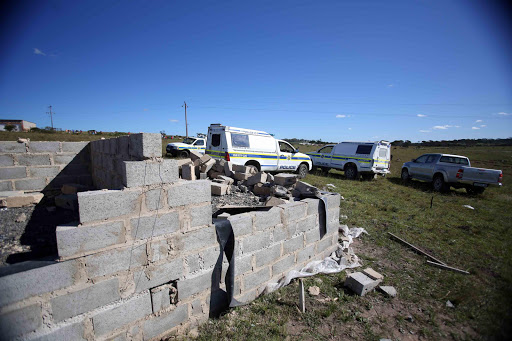 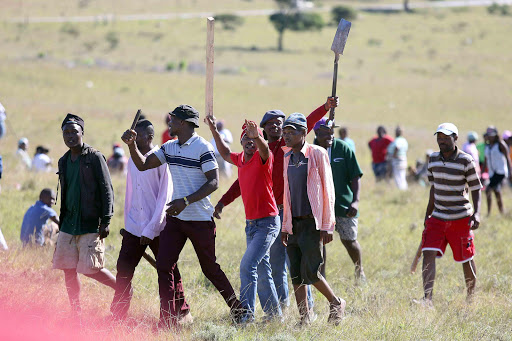 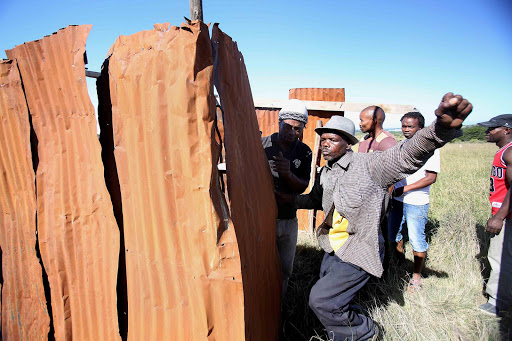 About 400 angry residents of Tuba village near Kwelerha invaded more than 10 hectares of land on Freedom Day.

Armed with spades, sticks, stones and hammers, the villagers claimed the land belonged to their forefathers.

The group, made up of elderly and young people, built a shack just next to the gate of a privately-owned business while police, from Gonubie and Mdantsane, watched.

The cops did not stop them from building the shack.

The Daily Dispatch approached the property called Karl Human TaxiDermy requesting a comment from the owner, and a man who identified himself as the owner declined to comment.

The angry crowd continued with cutting plots, sharing the land among themselves and installing small poles, marking where their home yards would be located.

They started shaping out their plan at the village’s community hall in the morning.

A local farmer, Kevin Knock, who met with residents on the scene, told the Dispatch the villagers had also invaded some of his land.

Knock said he was a cattle farmer and was in the “process” of finalising purchasing the land.

He said he had a deed of sale for the land and promised to send a copy to the Dispatch. However, late yesterday, he had not sent it or details of the second owner.

He said there was another owner of the land in dispute, who he said was in Johannesburg.

Tuba village community executive committee chairman Mzukisi Skritshi said residents had resolved to take the matter into their hands because there was not enough space for young people to build their own homes.

“They cannot build their houses anywhere because there is no land available for them.

“These farmers claim that this is their land but it is not. This has been our land for years.”

Skritshi said residents also resolved to use Freedom Day because a lot of people were not at work.

He said villagers were also fed up with the treatment they received from Karl Human.

He alleged that Human had pumped “poisonous water” from his business to a small dam near their village. He said this created a hazardous environment for animals and community members. — msindisif@dispatch.co.za