Seize opportunity to get full rights in rural areas 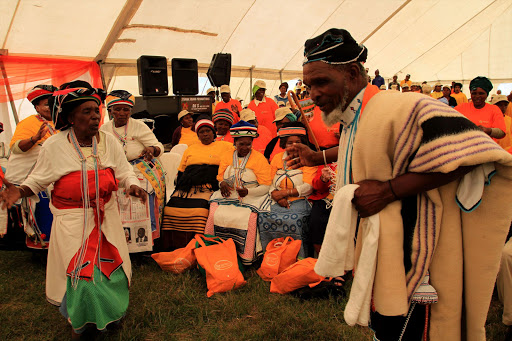 May4Op
Rural South Africans in areas under the jurisdiction of traditional leaders have yet to enjoy the rights enjoyed by citizens in urban areas. People in urban areas can vote and can be voted for.

These are the tenets of democracy. Yet rural residents are not able to exercise such rights in relation to their leaders, especially regarding the election of headmen.

The Bhisho High Court case  involving residents of Cala Reserve who successfully challenged the imposition onto them of an unelected headman illustrates this point. Interestingly, the government appealed the high court judgment – which confirmed the right of the residents to elect their headman.

The government’s appeal indicated a belief in government that rural people are non-citizens.

On March 13 this year  Judge Eksteen of the Bhisho High Court finally found Jackson Yolelo to be in contempt of court  for not obeying an order not to go ahead with his inauguration ceremony in April 2014 and charged him R10000 payable within 14 days of signing the judgment. Yolelo was also ordered to pay the costs  of the court case.

This followed a protracted case dating back to 2013 after the KwaGcina Traditional Council (KTC) imposed Yolelo as headman on residents of Cala Reserve, a community under the former Xhalanga magisterial district.

The judgment constitutes one aspect of a bigger campaign by residents and a local non-governmental organisation (NGO) to extend democracy to rural people. The second aspect of the campaign was a challenge to moves by traditional leaders to use the Traditional Leadership and Governance Act (TLGA) of 2005 to impose unelected headmen on communities.

Traditional leaders argue that the Act empowers them to decide, without consulting communities, who should be headmen in communities. These moves run against an established custom of electing headmen in the former Xhalanga magisterial district, including Cala Reserve. According to University of Fort Hare historian Professor Luvuyo Wotshela, it has also been a common practice in many rural communities of the former Ciskei.

Most villages of Xhalanga have, since the colonial period, had an established practice of electing headmen. Indeed, the practice has survived since then, throughout the apartheid period, into South Africa’s democratic era.

The headmen have always been elected in 20 out of the 21 administrative areas of Xhalanga. It is only Mbhenge, which developed on what was originally Chief Gecelo’s farm where headmen are not elected.

It is ironic that such a longstanding practice, which has elements of democracy, is under threat from a democratic government. The fact that the province’s premier is appealing the high court judgment of October 2014 that nullifies the nomination of Yolelo and asserts the right of the Cala Reserve residents to elect their leaders, confirms the view that the practice is being threatened by our democratic government.

This view was shared with about 60 participants from various parts of the province who attended a provincial seminar on April 9 2015, to assess the implications of the judgment.

These are far-reaching, not only for Cala Reserve, but for the KTC, rural governance in Xhalanga, and parts of the former Transkei as well as the former Ciskei. To understand its implications in the KTC it is important to briefly consider how the traditional council is organised currently.

The KTC consists of the following six administrative areas: Cala Reserve, Qhiba, Mbhenge, Nyalasa, Manzimdaka, and Hota-Mbewula. This means there are six headmen under Chief Gecelo. Excluding the chief, the traditional council consists of 11 members.

The acts further stipulate that 40% of the council’s members should be elected. This means of the 11 council members, five are elected. Moreover, women must constitute one third of elected members. This equals to two women. In other words, of the five elected members, two have to be women.

Importantly, the elected members are in the minority in the traditional council and serve on it for five years while the unelected members stay indefinitely.

How does the high court judgment affect the picture? As suggested, the judgment has ordered that the custom of the people of Cala Reserve be respected by allowing residents to elect their headman. By extension the judgment implies that all communities whose custom it is to elect their headmen should be allowed to do so. Thus, five of the six headmen in the KTC have to be democratically elected.

If implemented, the judgment changes the dynamics in the KTC in that the elected members gain majority representation in the council. Similarly, 20 out of the 21 headmen in Xhalanga would have to be democratically elected by communities. And democratically elected headmen will hopefully be responsive to the demands of rural residents.

Politically, the judgment drastically changes the dynamics of rural  Xhalanga. It also changes the status of rural residents from being subjects to full South African citizens with rights similar to their urban-based counterparts.

In simple terms the judgment allows rural residents to fight unjust practices of traditional leaders that also get support from the government, as the case of Cala Reserve shows.

As the Australian Green Party would say, “When injustice becomes the law, resistance becomes the duty”. It is thus the duty of rural residents to resist the injustices committed against them by traditional leaders with support from the government.

Ultimately, the judgment shows that rural governance will never be the same again. It takes away the powers of traditional leaders characterised by the lack of consultation of rural people that we have witnessed over the past 15 years  bolstered by government legislation.

The judgment brings the power to rural citizens and enables them to force traditional leaders to consult them.

It is now up to rural citizens to take the power or leave it in the hands of traditional leaders.

Dr Fani Ncapayi is the director of the Cala University Students Association (CALUSA), a non-governmental organisation in Cala working with rural communities in Sakhisizwe and Emalahleni local municipalities.