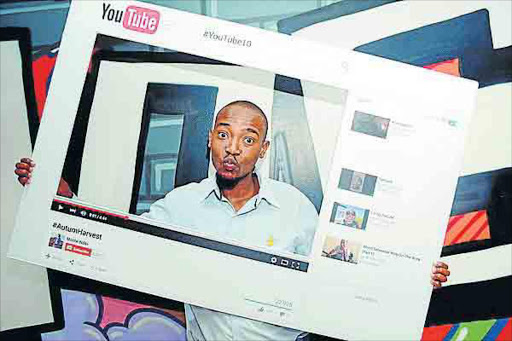 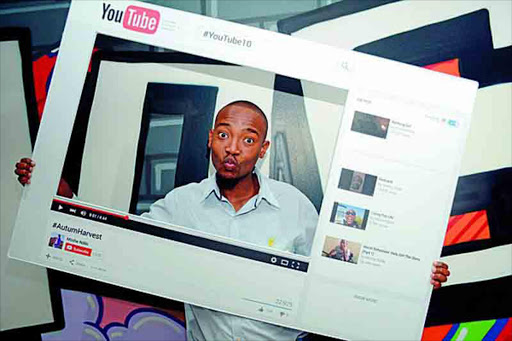 East London-born Moshe Ndiki said he was always the “class clown” growing up – but never expected to make a living out of it.

Ndiki, 23, has garnered a reputation as a comedian and entertainer with his funny, self-deprecating, YouTube monologues.

Bona magazine’s new columnist is one of the country’s biggest YouTube stars.

Speaking to the Saturday Dispatch this week, Ndiki, whose YouTube channel has more than 5000 subscribers, recalled how he got started with his video blogs.

In his first video, he lamented about how he had mistakenly deposited his rent money into the wrong account, and the bank did not want to help him fix the mix-up.

“I took the little money I had left and bought myself the cheapest bottle of wine I could find to drown my sorrows. The wine took its toll and I felt the need to vent, so I took out my phone and spoke about my troubles,” he said.

A friend suggested that he upload the video on YouTube, which he was sceptical about at first.

“It was a foreign concept to me, but ultimately I realised that it was what I’d to like to achieve, which is a space where people can laugh at their mistakes and just have fun and forget about their daily worries even if it’s just for three minutes,” said Ndiki.

The City Varsity drama graduate said his material was inspired by his own life experiences, as well as other people.

He said his videos had received a far greater reception than what he had expected, and even though they were mostly in Xhosa, he got viewers from as far as the US, UK and Saudi Arabia.

Ndiki said a number of opportunities had opened up for him since he started vlogging (video blogging).

“I’ve been busy mc’ing a lot of events that took place in the Eastern Cape over the festive season, to visiting Google SA when they held a function honouring the top 10 YouTubers in South Africa.

“I’m also giving a talk later this month at a university about self-branding, so that should be fun.”

His biggest breakthrough so far came when he was scouted for a job with Bona.

Ndiki is the magazine’s agony uncle.

His star is certainly on the rise and Ndiki cryptically said fans would soon catch him on MTV.