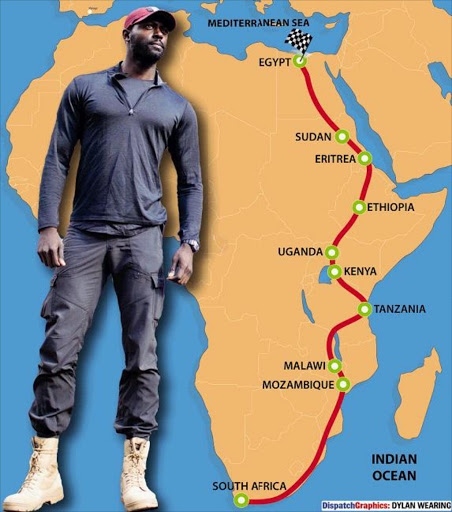 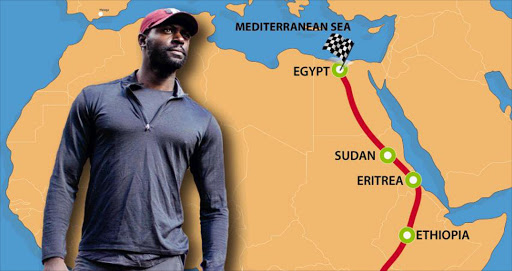 The greatest fear of all is fear of the unknown, says Canadian Mario Rigby who is walking around the world exploring his theory.

So far, he says his adventure has shown him life as it is truly meant to be – “free, miraculous and full of grandeur”.

Rigby, 30, left everything behind to embark on a solo expedition trekking across the entire African continent from Cape to Cairo by foot, sail and paddle.

He is doing it to push the outer limits of his body and mind.

Equipped with a few high-tech gadgets such as a GPS, cellphone, solar panel, cooking utensils, a health kit and an inflatable canoe all squashed into his backpack, Rigby started it all with a “Crossing Africa” in Cape Town in November.

Saturday Dispatch caught up with him in East London this week, after two and a half months of being on the road.

Rigby is not new to hard physicality. He is a fitness trainer and a professional trekker.

“I have always wanted to travel the world and to meet people. Ten years ago I set my mind to it and decided that the best way to achieve this is to travel on foot,” said Rigby.

Rigby’s message is for people who are, or feel, disadvantaged.

“Anything is possible. The only way to truly know who you are is to challenge yourself, to push your body and mind to breakpoint.”

Along the way he has been moved by the kindness of strangers who took him into their homes, providing warm meals and a place to sleep.

One of these was Thando Jafta from Gonubie in East London.

“I was driving from the airport when I saw this man walking. He appeared tired and injured. I stopped my car and after hearing his story, took him to my house,” said Jafta.

Rigby stayed with Jafta for a few days before he checked in at Sugar Shack backpackers.

He plans to sleep at the homes of strangers, camp in the wild, stay at schools and be assisted by charitable organisations.