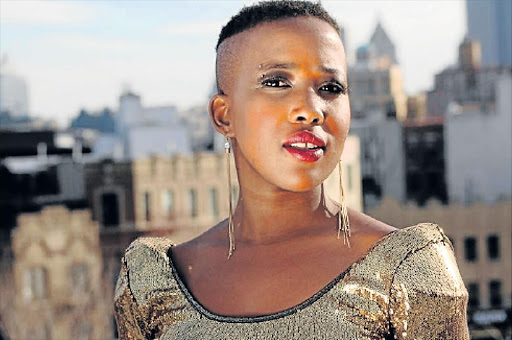 Speaking to the Daily Dispatch, Nomisupasta said that she wanted to write lyrics that would challenge the South African narrative as it pertains to race.

“In South Africa, black life is devalued and often dehumanised. The response of black people is not violent, in fact it is often reflective and somewhat apologetic.

“After Penny Sparrow I heard a lot of, ‘what did we do?’ and not enough of ‘what is wrong with Penny Sparrow?’ I wrote this song to change the way we think and respond to violent acts of racism,” Nomisupasta said.

She said that through this song she wanted those who experienced racism to sing loud and proud, while letting those in South Africa who continue to choose racial discrimination over humanity, “know that they have no place or home in our beautiful country”.

Nomisupasta said that she was of the impression that South Africa belongs to all who live in it but, most of all, it belongs to South Africans who acknowledge the past and have a passion to build the future.

“I am tired of racism, I find it boring and arrogant taking into consideration the sacrifices that were made in achieving this negotiated democracy.

“Our country has fallen into a discussion on whether racial slurs are hate speech or free expression. In the meantime the emotional violence of racism continues.”

Nomisupasta said she chose to not release the song commercially because it would not have the wide reach she was aiming for.

“Music today that is playlisted on radio seldom speaks to societal issues. I think more music that speaks to the challenges as well as music that seeks to develop and move us forward should be created.

“I put this into a song because I want as many people as possible to access it.

“We released it on WhatsApp and are encouraging people to share the music,” she said.

“I want to speak to as many people as possible, and that can only be done through music.”