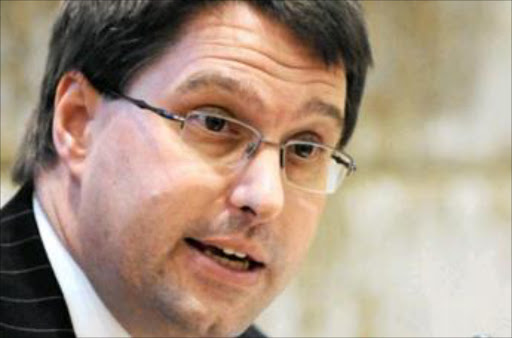 DA's David Maynier
Two opposition parties on Wednesday expressed doubts that anything concrete would come of the call for African National Congress (ANC) members with information on the “Gupta family and its purported influence” to approach the party’s secretary-general Gwede Mantashe.

This information‚ the Democratic Alliance’s (DA) David Maynier said‚ should be reported to the South African Police Service (SAPS) rather than the ruling party.

Maynier described the ruling party’s mandating of “officials and the national working committee to gather all pertinent information about the allegations” as the formation of a “star chamber”.

Maynier said he would be writing to Mantashe‚ requesting “a guarantee that should his office receive any information…which amounts to prima facie evidence of corruption…will be reported to the SAPS”.

The DA’s reaction comes after reports said deputy finance minister Mcebisi Jonas – who recently confirmed stories about being offered the top job in the ministry by members of the Gupta family – “will participate in the ANC’s investigation”.

Jonas’ confirmation led the official opposition to lay criminal charges against two of Guptas and President Jacob Zuma’s son Duduzane‚ who were allegedly at the meeting. The party said on Tuesday that these had been referred to the Hawks for further investigation.

The Congress of the People (Cope)‚ meanwhile‚ said Mantashe’s call was made “in the hope that the story would go away”.

“With the ANC in a totally defensive mode‚ no amount of further information will lead to any action‚” said Cope’s Dennis Bloem.

“The information already available from impeccable sources is voluminous enough to warrant immediate action but that will not be forthcoming.”

Bloem added that it “is quite certain that the powerful Gupta family did not only target ministers and deputy ministers”‚ but “also targeted senior government officials such as directors-general and chief financial officers of departments”.

“Officials who love South Africa more than the ruling party should expose the truth so that the capture of the state can be halted while there is still a small window of opportunity‚” he said.

Mantashe’s comments after the ANC’s national executive committee (NEC) meeting at the weekend said of the allegations “surrounding the Gupta family and its purported influence” that “such actions can have no place in the ANC or its government as they have the potential to undermine and erode the credibility and confidence of our people in the leadership of their organisation‚ the ANC and its government”.

“The ANC calls on all members who have information to approach the secretary-general’s office. The NEC will develop a Code of Conduct for ANC members doing business with the state‚” Mantashe said.