Late Matanzima celebrated as a visionary- Education, development described as his legacy 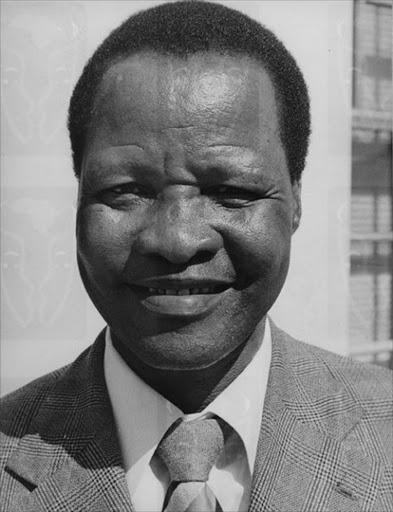 Matanzima’s life was remembered through song and dance during a colourful commemoration event held at the Qamata Great Place near Cofimvaba yesterday.

The event was organised by the AmaDlomo royal family.

Chris Hani district mayor Kholiswa Vimbayo referred to a contemporary buzzphrase when he told the hundreds of people who attended the event that Matanzima had in fact practised radical socio-economic transformation during his tenure as a bantustan leader.

But it was Matanzima’s daughter Xoliswa Jozana who took a subtle dig at the current generation of government leaders for failing to build on some of the infrastructure put in place by her father. She said her father was passionate about education and development.

He initiated several agricultural projects as well as construction of the University of Transkei, which later merged with other tertiary institutions to form Walter Sisulu University.

“Some of his agricultural projects could have been inherited by the current government,” said Jozana.

“Regrettably, all those projects were left to collapse.

“In hindsight, we should have built on that.

“We are now paying the price. Now we are paying millions and millions to revive irrigation schemes.”

She said her father had paved the way for black people to own factories and businesses and manage large hotels.

Matanzima believed in having highly skilled people in government positions.

“Leaders with that drive tend to be disciplinarian to an extent that they are viewed as authoritarian,” added Jozana.

Masualle, on the other hand, boasted that Matanzima had been the first traditional leader to earn a university degree.

He said there was a need to strengthen working relations between traditional leaders and government as both played a pivotal role in the development of communities.