Businessman held over theft of bricks 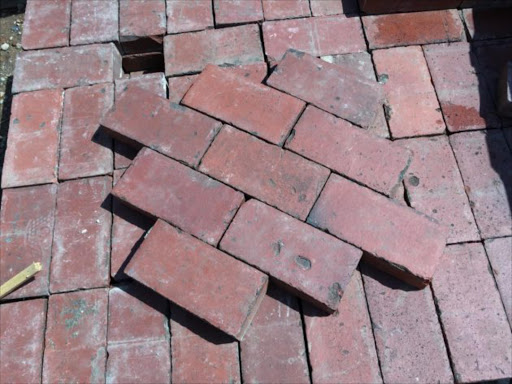 IMG_1797
Butterworth police last week arrested a businessman and his four employees on suspicion of stealing paving bricks that belong to the Mnquma local municipality.

It is alleged that the businessman, Luthando Jojwana, took the bricks from a municipal site on June 9 and used them to finish off a job where he is part of a joint venture in building Centane Taxi rank.

The bricks were left abandoned in a traffic testing station in Msobomvu township. They were being used by a construction company that mysteriously left the site recently.

Police spokesman, Captain Jackson Manatha confirmed the arrest of the men. “Police confirm a case of theft of paving bricks to the value of R9000.

“Some were later recovered. The bricks were allegedly stolen at Msobomvu traffic testing station. The crime was committed on June 9 and the suspects – Jojwana, Mpumzi Nogemane, Zukile Lomani, Bonga Leve and Gcinikhaya Genkqese – were arrested and have appeared in the Butterworth Magistrate’s Court,” said Manatha.

The five are out on bail and will appear again in court on Wednesday.

Jojwana, 31, is working in a joint-venture contract with Naniswa Trading, a company owned by Babalwa Madubela, the wife of the municipality’s Programme Management Unit (PMU) manager, Sakhi Madubela. The joint-venture’s taxi rank project is worth R6-million.

It is alleged that Jojwana called Sakhi when he wanted the bricks but Sakhi directed him to the municipality for written authorisation. Jojwana allegedly failed to do that and instead chose to help himself to the bricks, according to Sakhi.

Sakhi was called to give a statement by the investigating officer, which he duly did.

Sakhi’s relationship with his wife began only after Babalwa won the tender, meaning there was no influence on his part, according to him.

Mnquma spokesman Loyiso Mpalantshane yesterday said the incident was news to him and he would look into it.

“The municipality is not aware of any arrest of its service providers but will investigate these allegations,” said Mpalantshane. — bonganif@dispatch.co.za