MURDER IN THE FAMILY: Stepfather beats girl, 5, to death for ‘soiling herself’ 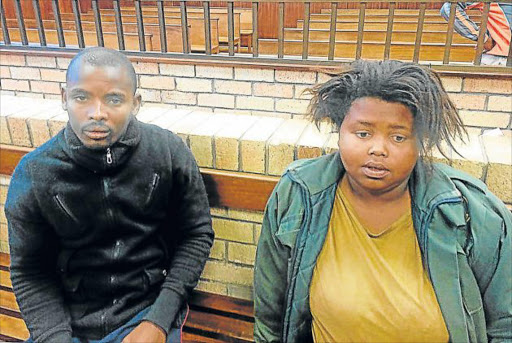 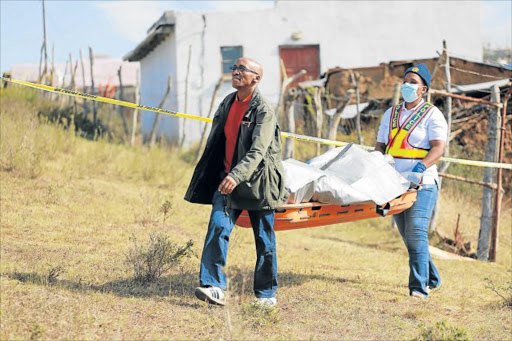 A young Potsdam couple showed no emotion as they were sentenced to 20-year and three-year prison sentences by the Mdantsane Regional Court yesterday for killing their five-year-old daughter Kungawo Mabusela.

Magistrate Bulelwa Gixana sentenced Siphelo Melfin, 32, to 20 years behind bars for murder and a further three for defeating the ends of justice.

The sentences will run concurrently. She sentenced Nosikhumbuzo Mabusela, 28, to three years’ imprisonment for defeating the ends of justice.

The pair had earlier expressed regret for killing the young girl and secretly burying her in the front garden of her 76-year-old step-grandmother, Nolizana Melfin.

Siphelo told the court that on June 5 last year, he was in the house with Mabusela when he noticed that Kungawo had soiled herself.

He told the court that he became angry and assaulted her with a belt.

He said Mabusela tried to intervene, but he did not stop and continued to assault his stepdaughter until he noticed she was unconscious.

He said after checking for her pulse and noticing that she had died, he took a blanket and covered her.

Siphelo said Mabusela was shocked and crying but he had pleaded with her not to tell anyone.

He said the only person he told about the incident was his 76-year-old mother, who then allegedly told the couple to keep the incident to themselves.

Mabusela told the court she regretted not reporting her daughter’s death to the police. Handing down judgment yesterday Gixana described the crime as heinous.

“A child soiling herself is part of growing up and can’t be her signing her own death warrant. She died a gruesome death at the hands of the people who were supposed to love and nurture her.

“I can just imagine her screams and million apologies she made and the extreme pain she was in before she died at such a tender age.

“In my opinion that was cruelty at its worst. More heinous was the fact that you tried to hide your gruesome act. Had it not been for the vigilance of the community members and neighbours, you would have got away with murder,” Gixana said.

The magistrate said a lenient sentence would bring the administration of justice into disrepute.

Gixana said beside the fact that Siphelo worked as a security guard with a monthly salary of R3500 there were no compelling circumstances to act in his favour when mitigating for sentence.

She said Mabusela was a mother of two children, aged eight and 11, who were receiving a social grant. The children have since been taken to a place of safety.

Siphelo’s older brother Gcinikhaya Melfin yesterday told the Daily Dispatch they were not going to question the decision of the court as the couple knew what they were doing when they killed the girl. The quiet Potsdam community was in a state of shock last year in July after the badly decomposed body of the girl was dug up from a shallow grave by a police forensic team.

Police were tipped off about the grave a month after the incident and immediately rushed to the scene.

Siphelo pointed out the grave and was immediately arrested with the mother of the child.

Mabusela also buried two of her other daughters in the same garden, although no foul play was suspected in their deaths. — zwangam@dispatch.co.za

WATCH: What Africa can learn from the Miracle on the Han
Business Day TV: How SA Inc has coped with the Covid-19 crisis
X