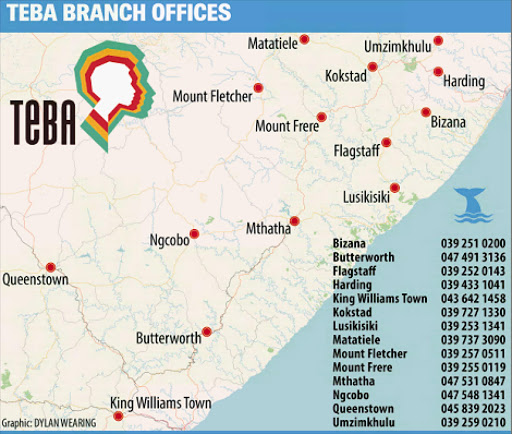 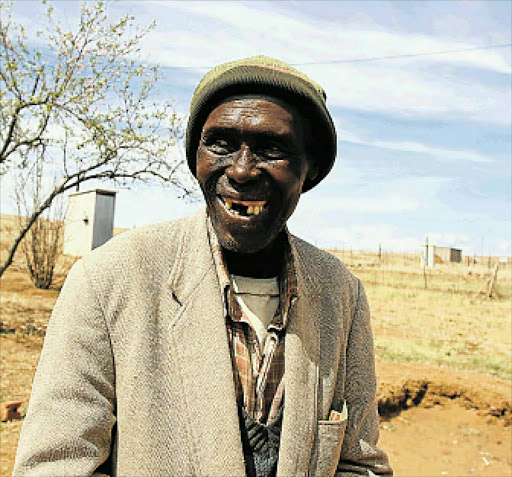 Four thousand Eastern Cape ex-miners or their families today stand a chance to claim their share of R40-billion worth of benefits that was left unclaimed for decades.

All 4000 names are published in this edition on pages 13 to 21. This could provide a significant financial boost to their struggling families and the province.

Thousands of ex-miners recruited through TEBA many years ago, have struggled to access their retirement funds because of bureaucracy and hurdles within the system.

TEBA claims it has struggled for years to locate most of the beneficiaries – but it took the Saturday Dispatch only three days of travelling around the province to contact at least 15 ex-miners or their families.

Most of the beneficiaries and their families contacted by the paper were not aware they had money and could access the funds from the multinational mining companies they have worked for over the years.

A large number of mineworkers from South Africa, Lesotho, Swaziland, Mozambique and Malawi died after contracting disease in the mines.

Some of the ex-mine workers who spoke with the Dispatch, accused TEBA of complicating the system, making it difficult for them to claim monies owed to them.

But TEBA said they were doing their best to trace those owed money by the mining companies.

An amount of R240-million was paid to individual beneficiaries under the Medical Bureau for Occupational Diseases (MBOD) and R60-million through mineworkers’ provident funds, such as the Mines 1970 Preservation Fund, Anglo Group Provident Fund, MPF Sibanye and others (see sidebar).

From Willowvale, Matatiele, Mount Fetcher, Komani to Adelaide, scores of ex-miners are sitting destitute at home with no money to support their families.

One is 89-year-old Gilapho Mavuso of Willowvale who has struggled for years to access his money through TEBA.

“For the many years that I worked in the mines, I am still holding on to the hope that my money will be paid out one day. I am hoping this will happen while I am still alive so my children can be able to bury me with dignity.”

“In recent times, we have been at the forefront of projects which have released more than R300-million into rural ‘labour sending’ communities.

“In addition to this, TEBA continues to support the payment of individuals who were injured on duty,” said Moeletsi.

The Dispatch has also discovered that some of the 4000 ex-mineworkers listed to get money from TEBA, have died while others are living in abject poverty.

This week, the Dispatch team spent three days travelling more than 2000km from Matatiele to Adelaide, King William’s Town and other surrounding towns searching for miners on the list.

TEBA said it was using other media platforms to trace the miners but none of those who spoke to Dispatch, were aware of this as they did not have access to radio or television.

“We are doing roadshows with a view to meet beneficiaries without radios face-to-face so we can clarify claim requirements and related stuff,” said Moeletsi.

Another beneficiary, 73-year-old Lungile Qhanqa of Mcewula village in Whittlesea, is one of the 4000 of an estimated 180000 ex-miners who are still to claim their monies.

When Qhanqa met with the Dispatch team at his modest rural home, he could not hide his joy.

“This is great news brought by strangers into my house. I was ready to die but I am asking for more years to enjoy the money from TEBA,” he jokingly said as he was welcoming the Dispatch team into his house.

Qhanqa left the mines in the ’90s and accepted what was given to him as his retirement package.

“I always had that hope that there’s money that will come to me but after almost 30 years with no word from TEBA, I gave up,” he said.

Moeletsi said the challenge they were facing was the illegal tracing agencies, who were taking money from the poor ex-miners. — bonganif@dispatch.co.za