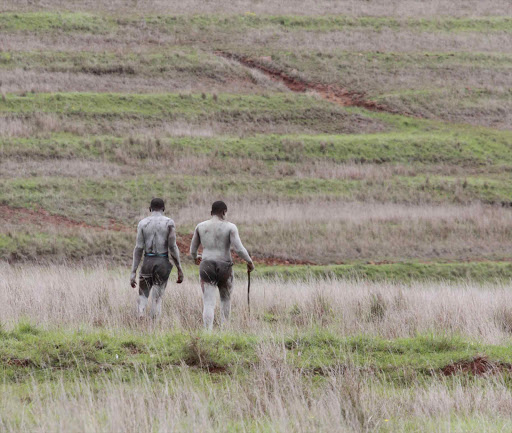 A TOTAL of 23 initiates were assaulted and tortured in Buffalo City during the summer initiation season.
Young traditional leaders in the Eastern Cape want parents to be charged for negligence if their children are injured – or worse, killed – in initiation schools as a result of botched and illegal circumcision or criminality.

The Contralesa Youth Wing (CYW) believes this will help create a higher level of vigilance among parents and safeguard the lives of their sons.

CYW provincial chairman Prince Ntsindiso Mdunyelwa yesterday said many parents make it the sole responsibility of traditional surgeons and nurses to ensure the safety of their sons.

“Parents must be charged for their negligence on this matter. We are saying there is a portion of blame that must be attributed to the father in the event that the initiate dies as a result of either criminal activities taking place in the bush, injuries, dehydration or illegal circumcisions.”

He was reacting to reports that six initiates had died since the start of the 2017 summer initiation season on November 16.

Mdunyelwa said the “remote involvement” of parents in the whole initiation process “borders on nothing but negligence to say the least”.

“The first question that must be asked is where was the father? What was his involvement?

“Single mothers are not immune from these questions too.

“Where were the uncles, brothers and certain trusted family members,” said Mdunyelwa.

CYW also encouraged parents to make sure they knew the friends of their children, as young boys often fell victim to peer pressure.

“The idea that ‘everyone’s doing it’ can influence some kids to leave their better judgement, or their common sense, behind... Be on the watch – we are warning you, parents,” charged Mdunyelwa.