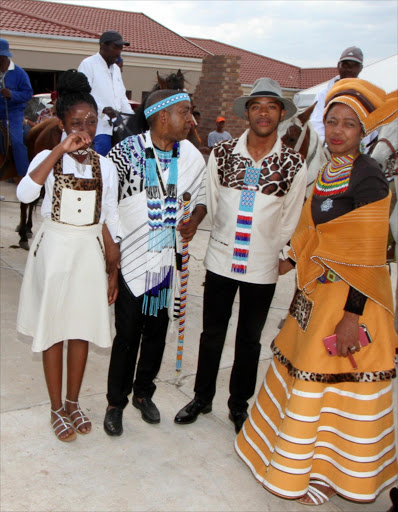 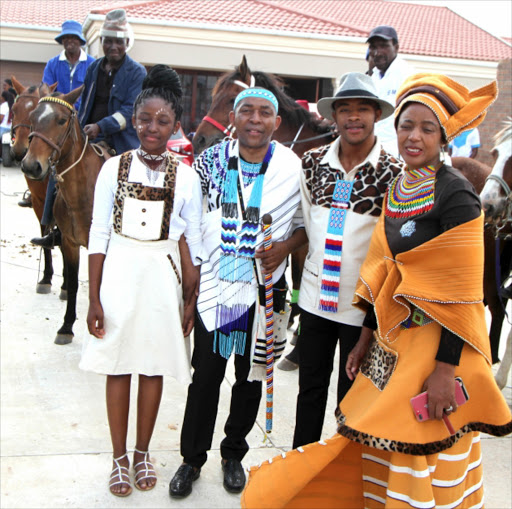 South African Airways CEO Vuyani Jarana celebrated the initiation homecoming of his youngest son with multitudes of people across generational, racial, tribal and political divides over the weekend.

The three-day umgidi of his third child, Africa Wisdom Jarana, held at his Kotishini village home outside Mthatha, turned into a huge cultural event filled with song and dance from cultural music groups from AmaBhaca, AbaThembu, AmaXhosa, AmaMpondo and AmaMpondomise.

Jarana said the rite of passage from boyhood to manhood, called ulwaluko, formed part of the Bhayi clan’s customary practices. It “prepared young males for the responsibilities of manhood”, and reminded them about “self-respect, fearing God, respect of society and to be a man of morals,” Jarana told his son.

Guests travelled from many parts of South Africa, as well as from Nigeria and Malawi and further afield, to attend the festivities. UDM leader Bantu Holomisa was among them.

Some guests arrived by helicopter.

In a splendid display, horseriders and the many different cultural groups combined to perform for Africa and his parents.

“We celebrate special day in line with my culture as an African man, of the Bhayi clan. I feel inspired by the turn-out, especially of villagers and those who came from further afield. Remember that it takes a village to raise a child,” said Jarana.

Africa, who was born deaf, has just completed Grade 11 at St Vincent School for the Deaf in Johannesburg.

His parents hired Nkosivile Skampula of Skamps South African Sign Language Interpreters to interpret the proceedings to his son. “Although his son is deaf, we do not treat him as special but as an ordinary young man,” said Skampula.

Jarana said it was important that people restored African tradition and culture, adding that every nation should treasure their heritage. “I am inspired by all of the words of wisdom and encouragement offered to my son and us. As this is my last-born son, it is extra special because it is the last time we will be hosting umgidi for our sons. So we decided to do everything we could to make it special,” said Jarana.

Eight cows were slaughtered for the feast and there was plenty of food to go around. Africa’s parents bought him a brand new car, a Mazda 2 Active. “He will be able to drive himself to speech therapy which he attends twice a week. This will also give him a chance to be more self-reliant,” Jarana said.

Gifts piled up, including livestock, furniture, cash, vouchers, Bibles and many other items.

Africa’s mother Brigitte Jarana was tearful seeing her son so happy and back home. “I am over-excited, these tears are an expression of joy. I am so grateful to God. This umgidi is a service to thank God. I have been praying to God to look after my son while he was at the initiation school,” she said.

National House of Traditional Leaders member Nkosi Xolile Ndevu spoke about what was expected of Africa as a young African man in society.