Online petition brings bear saviour all the way from Ukraine 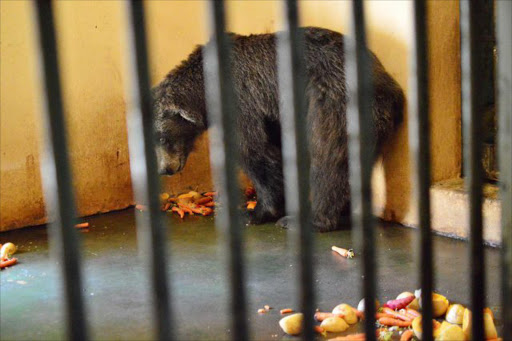 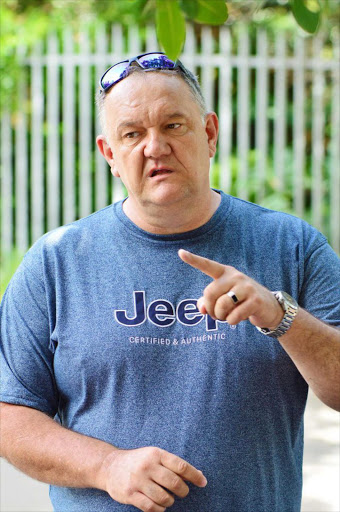 An international environmental aid organisation has said it would be willing to fund the building of a new enclosure for the East London Zoo’s ageing bears.

The zoo, the subject of a petition to have it closed down and its animals relocated earlier this year, was yesterday paid a visit by Lionel de Lange, CEO of the Lawrence Anthony Earth Organisation Ukraine, who says he would be willing to find the funds.

De Lange runs a bear sanctuary in the Ukraine where he rehabilitates bears which have faced abuse in a country which, until recently, did not have wildlife laws.

His interest in the local bears was raised when he saw the online petition, which garnered widespread local and international attention. Together with Neil Ovens of AID 4 SA, the pair struck a deal with Pick n Pay to provide appropriate food just past its sell-by date for the zoo’s animals. The details are still being finalised.

The Daily Dispatch arrived at the zoo yesterday, witnessing a heated debate between De Lange and Siani Tilney, acting senior manager marine and zoological services for BCM. However, the pair came out of their meeting hoping to work together.

“I am pleasantly surprised with the enclosure but it could be so much better,” said De Lange, adding that he thought the enclosure had far too much concrete and there were too many rocks.

“They don’t seem to have arthritis as you can’t see them struggling to move, but it still is not good for them to climb so much at their age,” he said.

De Lange said that if he was allowed he would be willing to build a new enclosure for the bears, saying that his organisation would find the funding and also hire a builder.

“They need a large enclosure with electric fencing. It should be on level ground and could be built as an addition onto the existing one,” he said, adding that the vegetation right next to the old bear enclosure would be perfect for the animals,” he said.

What shocked De Lange most about his visit to the East London zoo yesterday was the small size of the bears.

“ I’ve never seen adult brown bears so small. We have cubs that are bigger. The bears we have are about 450kg, which makes them around three times the size of these two.

“I’m not sure why they are so small. It might be that they were bred in captivity or they might not have received sufficient calories growing up,” he said.

Rheinard Brown, the zookeeper responsible for feeding the brown bears, said that Gina and Jenny together received a 10kg bucket of mixed fruit and vegetables twice a day and meat and fish once a week.

“We have to take into account that they are not in the wild and so aren’t as active as they would be.

“If we feed them too much they will become overweight, lazy and unhealthy,” said Brown.

De Lange said the bears should be getting around 20000 calories daily, which would equate to the bears getting roughly double what they do now, and this should be made up of calorie-dense fruit and vegetables as well as meat every day.

De Lange agreed with Tilney’s proposal to be the zoo’s bear ambassador, saying he would give as much help and advice as he could for all the animals, but especially the bears.