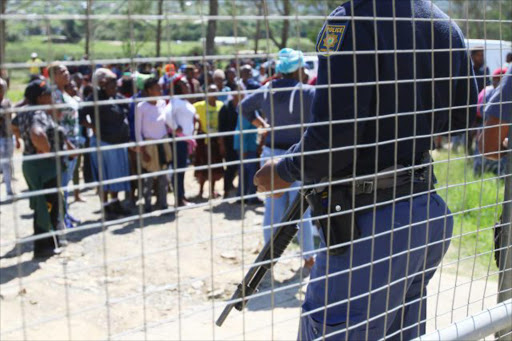 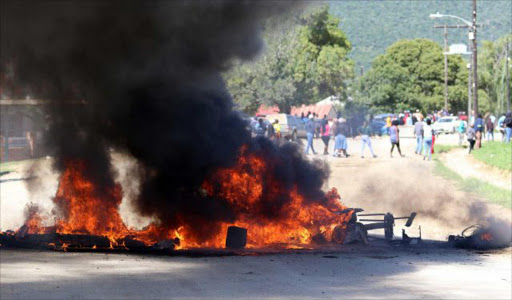 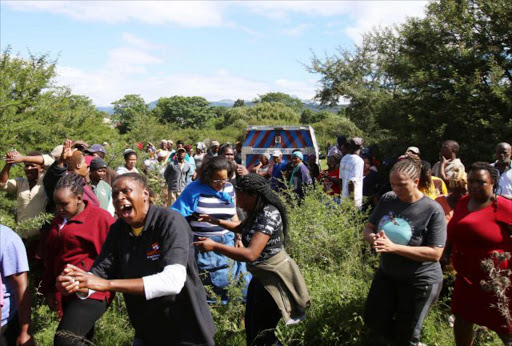 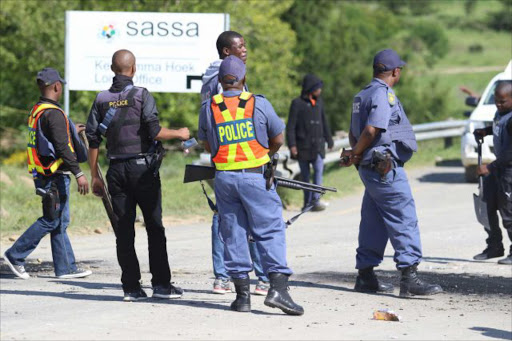 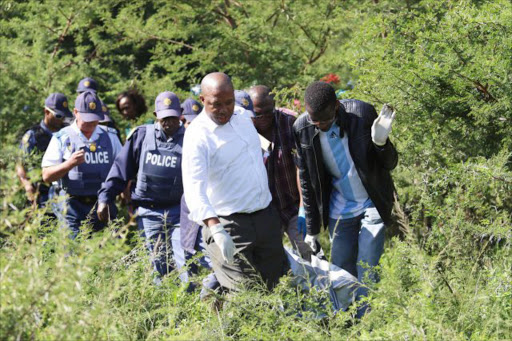 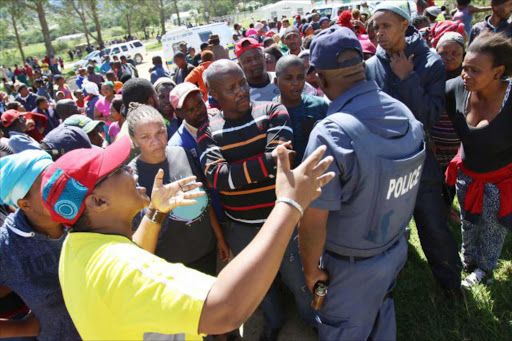 Police shot dead a 62-year-old service delivery protester in a tense day of violence in Keiskammahoek yesterday, according to witnesses.

One witness, Siphamandla Apleni, said he saw taxi owner Thembekile Fana, who had been running for cover from police, stop and raise his arms in surrender before being shot dead.

Police spokesman Captain Nkosikho Mzuku, speaking on behalf of the provincial police, confirmed Fana’s death and that the Independent Police Investigative Directorate (Ipid) was investigating its cause.

He said 20 people were arrested.

“An estimate of over 2000 community members blockaded the public road with burning tyres, stones and damaging police and Ipid vehicles.”

“We were later informed that a 62-year-old man had passed away. The exact circumstances surrounding the incident are not yet known. Ipid is investigating a case of murder. An autopsy will be conducted to determine the exact cause of death.”

Apleni said police had been dispersing a crowd that had gathered early in the morning for a protest in the small town.

He said they were running towards the bush near the Keiskamma River when Fana was shot dead.

“When we got to the river some of the men managed to cross through a fallen tree trunk lying across the water.”

He said that as Fana approached the rough bridge, “Mr Fana turned back and put his hands up and told the police that he was sorry and walked slowly to them.

“They shot him and he fell down, and the men who were with him went to check. That is when they saw that he was dead.”

Apleni said the men who tried to help Fana were injured by police and then arrested.

Apleni said he heard the police shouting: “We are going to f*** you up!”

Border Alliance Taxi Association chairman Peter Mgunculu showed the Dispatch team the lifeless body of Fana, which was still lying amid thorny bushes at 10am.

By mid-morning, a crowd of hundreds had gathered in the streets.

Singing angrily, they marched on the police station and demanded the release of arrested protesters. The crowd was still there last night.

“The police just shot him while he did not do anything. He was not a threat to them but they just shot him for nothing,” said Mgunculu.

Earlier in the day, Mgunculu said the protest was being led by local taxi drivers who wanted the community to join them in their protest over poor roads in Keiskammahoek.

He said taxi drivers had gathered as early as 4am at the road leading into the town and drivers were being briefed to pick up residents from surrounding villages to join the protest. “We wanted to meet so early so that we could get everyone here and go and block the road so that the authorities could come and listen to our grievances.”

He said the police arrived at about 4.30am and told the crowd of about 80 taxi operators and residents to disperse.

He said the police had arrived in three vans, two Quantum minibuses and an armoured vehicle known as a “hippo”.

“They told us to leave. After that they just started swearing at us and took our taxi keys and that is when we started running.”

He said the police were not provoked.

“We have been pleading with the authorities to fix our roads because this is damaging our vehicles. We have to fix our vehicles all the time. We had the whole community supporting this protest because we are tired of being ignored.”

“We do not know why they killed him,” Andile said.

He said his father was the only breadwinner in the family and described him as a community leader.

“He was active in our community. He was also involved in a farming project. They have taken someone who provided for our family with this taxi,” his distraught son said.

Provincial health spokesman Sizwe Kupelo said there were seven casualties, five of them from rubber bullets, one person who was treated for teargas or pepper spray and “one assault”.

All were treated and discharged.

Mzuku said: “The SAPS would like to appeal to the community leaders to be calm and respect the process of the law to take its course while their petition is being dealt with by the local authorities.”

Last night, Mzuku said an emergency court was organised for the 20 people who were arrested during the protest.

All 20 were released on warning with stringent bail conditions.

The case was remanded to Thursday next week for further investigation. —