Parents upset at school transport for their children 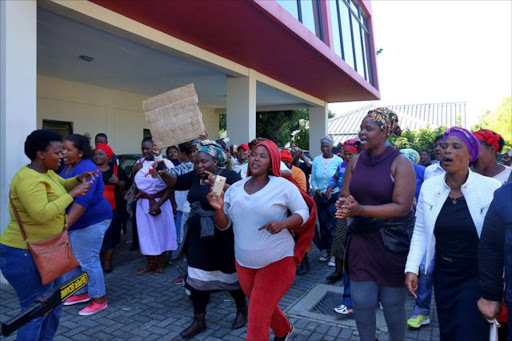 Parents upset at school transport for their children
Lack of communication  between Eastern Cape Department of Education and Department of Transport has led  scores of aggrieved parents from  various  schools  around Buffalo City Metro to picket outside the Scholar Transport headquarters in Vincent  this morning.

Parent, Bonani Bhishini  said he is  frustrated to pay R500 monthly  for his  child to  travel  20km to Tsholomnqa from Kayser’s Beach daily and has been promised scholar transportation for the past three years.

According to  Scholar Transportation Association chairman  Sowana Somgadi, “numbers have dropped to 9635 from last year’s  11388 for  pupils who  are beneficiaries  of scholar transport". He claims  this is due to the department’s schools rationalisation.

Meanwhile, Eastern Cape Department of Transport spokesperson Khuselo Rantjie blamed the Department of Education for not informing them about beneficiaries who have been moved to another school due to the rationalisation policy.

Department of Transport spokesman Loyiso Pulumani could not be reached for comment.