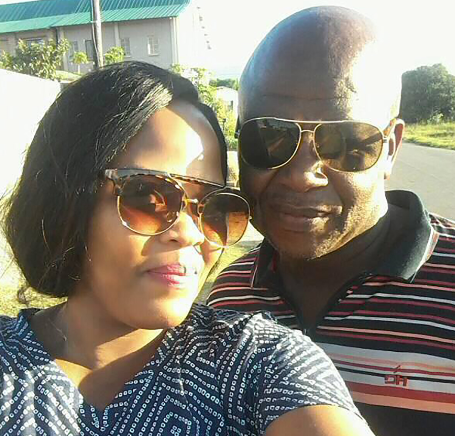 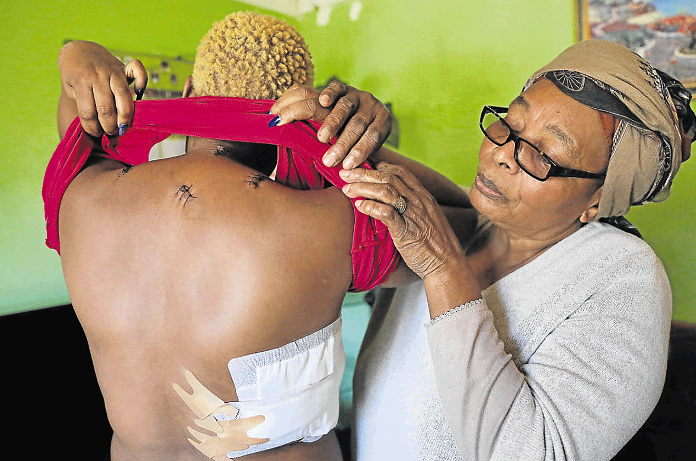 Prominent Mdantsane businessman Mzimkhulu Nomnganga, 48, has been accused – in two separate cases only days apart – of threatening his ex-girlfriend with death, and then stabbing her while out of jail on warning.

His bail application was postponed yesterday in the Mdantsane Magistrate court.

According to Cambridge police spokesperson Mluleki Mbi, Nomnganga, who owns a funeral parlour, appeared in court on Monday to face the original charge of intimidation and new charges of assault GBH against Miti.

This time he was remanded in custody.

Miti, 29, told the Dispatch she was discharged from Cecilia Makiwane Hospital yesterday.

When Daily Dispatch met her at her grandmother’s home, she could barely cough.

“The doctors said I could have been paralysed had the knife struck a few inches further into a nerve in my spinal cord,” she said.

She had lived at Nomnganga’s house in Mdantsane NU2 since she was 20 years old and they have a six-year-old daughter together.

She said after she broke up with Nomnganga in April, life had been difficult.

Miti urged all women facing abuse to speak out. — mandilakhek@dispatch.co.za