'I made an error.' Mentor backtracks on mid-air meeting with Hlongwane 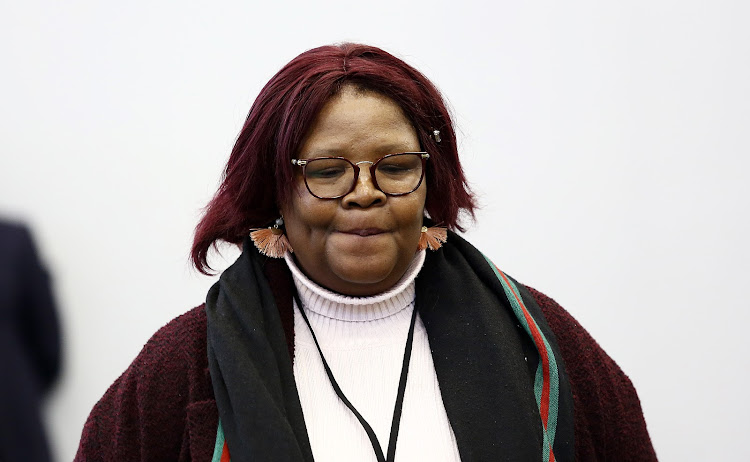 Former ANC MP Vytjie Mentor has admitted that the man Duduzane Zuma allegedly introduced her to on a controversial flight to Dubai may not have been businessman Fana Hlongwane.

In her testimony to the Zondo Commission of Inquiry into State Capture in August‚ Mentor described how former president Jacob Zuma's son approached her on a flight to China in 2010 and introduced her to two members of the Gupta family.

Mentor said Zuma also introduced her to the controversial Hlongwane on the same flight.

However‚ lawyers acting on behalf of Mentor wrote to the commission this week saying she had made an error.

“After our client's appearance before the commission she decided to view images of [Hlongwane] on the internet. After reflection on those images she has come to realise that they are not of the person she was introduced to by [Zuma] on the Emirates flight‚” the lawyers wrote.

“Our client persists in her version that she was introduced to a black man by [Zuma]‚ who referred to him as ‘chairman’... Our client accordingly wishes to concede that she made an error in identifying the person introduced to her.”

Mentor began her testimony with an account of what transpired on her controversial trip to China during a state visit in 2010‚ when she chaired the portfolio committee on public enterprises.

She had approached Transnet to fund her trip‚ which came with a R155‚000 price tag‚ to an investment summit between South Africa and China‚ a flouting of parliamentary procedure. This was eventually seen as the reason she lost her position.

Mentor also admitted more than twice during her testimony that she mixes up Hlongwane's name with Brian Hlongwa‚ the former Gauteng MEC of Health‚ who Mentor initially named in her 2017 book as the man she met on the flight.