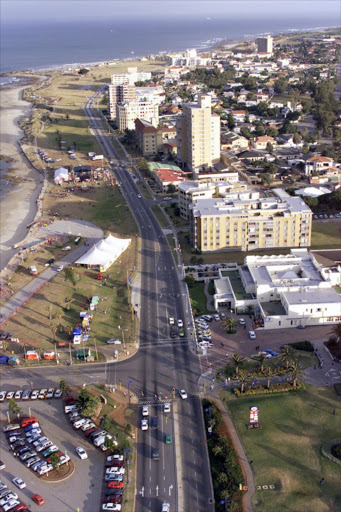 An aerial view of the Port Elizabeth city and the beachfront.
Image: Die Burger/Deon Ferreira/Gallo Images

The woman who allegedly kidnapped a toddler from the Port Elizabeth beachfront early in January 2019 will spend more time behind bars after her bail hearing was postponed to next week.

This after the state told the Port Elizabeth Magistrate’s Court on Thursday that the 25-year-old, who allegedly lives in the bush in Walmer, did not have a fixed address and may not stand trial should she be released.

At her previous bail appearance on Wednesday, her legal representative, Mxolisi Moolman, challenged the validity of the charge of kidnapping, claiming it  should be that of child stealing. The court found it could not dictate the charge she faced as she was still applying for bail.

At her first court appearance, the woman indicated she would plead not guilty.

She allegedly struck up a conversation with the three-year-old boy’s grandmother at the Summerstrand beachfront on January 3.

A ruling by the court on her bail application is expected to be heard on January 24.