Can you feel it? Seven memes reveal what Mzanzi thinks of load-shedding 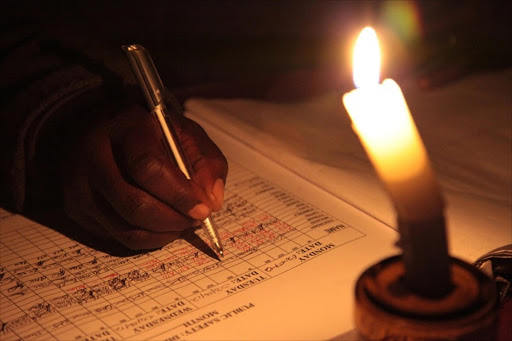 Panic and outrage erupted on social media after Eskom announced stage 4 load-shedding on Monday, leaving many areas with no electricity for hours at a time.

On Tuesday morning Eskom said it would continue with stage 3 power cuts from 8am to 11pm.

Initially Eskom implemented stage 2 on Sunday due to generation shortages and constraints in diesel supply but stage 4 was implemented shortly afterwards as "seven generating units tripped within a period of five hours", the power utility said.

The frustration with the lengthy power cuts on social media is growing.

Here are seven memes that best describe how Mzansi feels about load-shedding:

Today I chilled with my family because there was load shedding they not bad people yaz ?#LoadShedding pic.twitter.com/5AXZrHhxXP

#LoadShedding Eskom loadshading stage 5 they will come stright to your house blow all the candle. pic.twitter.com/mh20PXGJCw

How in God’s name did we reach load shedding stage 4 in summer mara #LoadShedding pic.twitter.com/KjM9E3nSAs

Good laws!! So we might even miss the #SONADebate because of this stage 3 #LoadShedding pic.twitter.com/PZRBIzp2eN

That sound your house makes when the power comes back on! #LoadShedding pic.twitter.com/0k2rQKrqEb