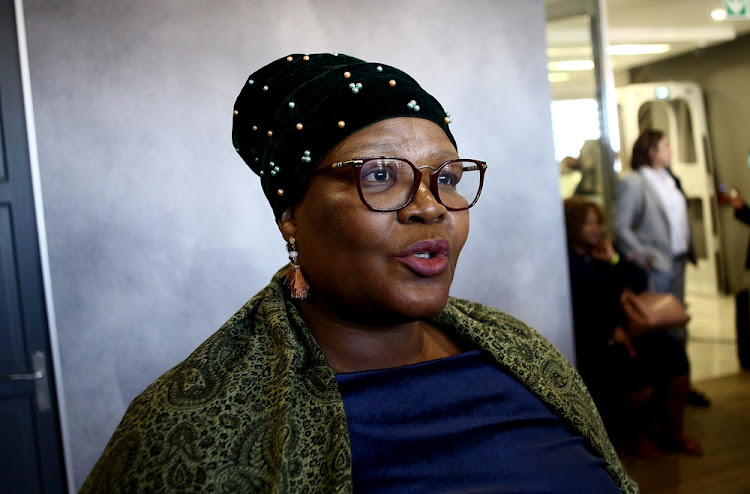 Former ANC MP Vytjie Mentor is not backing down despite tough cross-examination at the Zondo commission.
Image: Masi Losi

Former ANC MP Vytjie Mentor says she will "fight to the bitter end" after a cross-examination at the Zondo Commission last week brought her evidence into question.

In a Facebook post under her name, the former MP said: "I will fight to the bitter end. I will never surrender. I did NOT withdraw any Testimony or evidence before the Zondo Commission. They will have to kill me. I will NEVER alter my truth."

The cross-examination revealed many holes in Mentor's testimony, including details regarding her description of the Gupta compound, her flight to Johannesburg in 2010 and her meeting with Jacob Zuma.

Vytjie Mentor accuses state capture inquiry of being biased against her

Former ANC MP Vytjie Mentor has accused members of the state capture inquiry's legal team of being biased against her evidence.
News
3 years ago

Experts who inspected the Gupta compound in Saxonwold could not find many of the features that Mentor claimed to have noticed during her visit in 2010.

Department of public works veteran architect Erna Wiese described before the commission how she, along with a team of surveyors, engineers and electricians, had accompanied Mentor on a visual inspection of the Gupta compound in 2018.

"The Gupta house has since been renovated and the Commission chose to ignore this." Mentor said in the post.

Advocate Mahlape Sello said that SAA, Mango and British Airways had no records to prove that Mentor had flown from Cape Town to Johannesburg during that period.

In her previous testimony, Mentor said that she had received a call from cooperative governance and traditional affairs chief operations officer Lakela Kaunda informing her that her request to meet with then-president Jacob Zuma to discuss pebble bed modular nuclear reactors had been granted.

Kaunda, through her lawyers, denied that she had called Mentor to set up a meeting between her and Zuma in October 2010.

Mentor changed her testimony, saying the call between her and Kaunda might have taken place in September instead.

Former ANC MP Vytjie Mentor's testimony to the state capture inquiry suffered a further knock on February 14 2019, when experts who inspected the Gupta family's Saxonwold compound could not find many of the features she noticed there in 2010.