Nomgcobo Jiba gives up fight to get her NPA job back, wants to move on 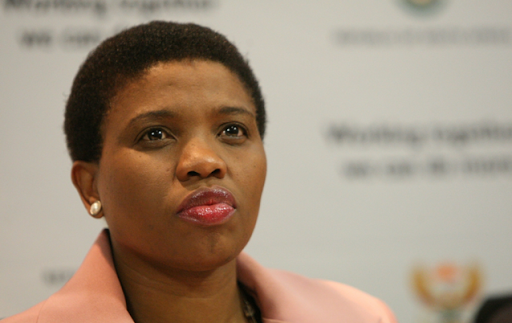 Nomgcobo Jiba says she wants to move on and does not want to return to her position at the National Prosecuting Authority. Picture: SOWETAN
Image: .

Former deputy National Prosecuting Authority (NPA) boss Nomgcobo Jiba does not want to be reinstated to her erstwhile job as she wants to move on with her life.

BusinessLIVE reported that Jiba made this submission in a letter to the parliamentary portfolio committee on justice and correctional services, which was tasked with  determining whether she should be reinstated to her job as deputy national director of public prosecutions or remain fired.

In the letter, Jiba remained steadfast that she had discharged her functions with impeccable personal integrity, never accepted a bribe nor acted corruptly, and was not persuaded by anyone to continue or discontinue any prosecution.

Jiba, who was considered former president Jacob Zuma’s go-to person in the NPA, was axed by President Cyril Ramaphosa in 2019 together with former special director of public prosecutions Lawrence Mrwebi after they were found to be unfit for office by an inquiry chaired by retired constitutional court justice Yvonne Mokgoro.

The disciplinary hearing of a senior Eastern Cape government official, who is allegedly among five officials responsible for procurement ...
News
1 year ago

The inquiry centred on decisions taken in relation to politically sensitive prosecutions, such as dropping corruption charges against former crime intelligence boss Richard Mdluli, who was seen to be a Zuma ally.

In the letter addressed to the speaker of parliament Thandi Modise and seen by Business Day, Jiba writes that she would not be making representations to parliament, which she had until Thursday to make.

“I have taken a decision to move on with my life. I do not seek any restoration by parliament back to my position in the NPA. For this reason, I will not make any representation in this regard,” Jiba said, ending the battle to get her job back, which has made its turn in the high court and led to the postponement of the committee’s work.

She said her reasons were personal, and that the entire matter has taken a toll on her and her family over the past five years.

“During these years, I have endured unmitigated hurt, stigmatisation and insults, all of which have no factual basis at all. I am not prepared to have this continue any longer. I will not put my life on hold any more,” Jiba wrote.

“I will not have my 85-year old mother die in anguish, like my father, as a result of the unwarranted yet relentless persecution I have faced in the discharge of my functions as a prosecutor and the painful legal battles I have had to endure.

"I have seen the anguish on the faces of my children as I travelled this journey of unyielding insults and attacks. As I quit, I am launching a formidable battle against that anguish, to focus on my own life, and that of my family. As I said, I leave the rest for history to judge.”