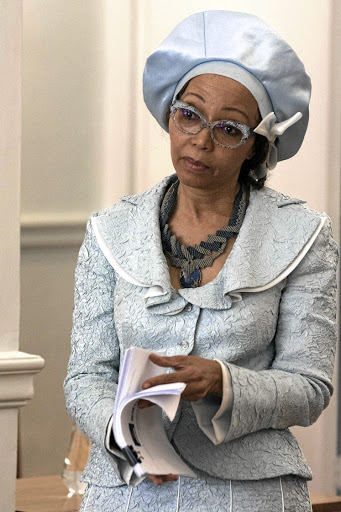 Absa and Nedbank have confirmed to mining magnate Bridgette Motsepe-Radebe in writing that the bank accounts that it had been claimed linked her to a terrorism plot in Botswana, do not exist.

She was said to be a signatory for the account, into which it was alleged that billions of rands were deposited to sponsor terrorism activities in Botswana.

Motsepe-Radebe had written to both banks requesting the details of the bank accounts that it had been claimed she was a signatory for.

Absa spokesperson Songezo Zibi said: "We do not comment on client matters but we can confirm that the letter Ms Motsepe has given to you is authentic."

Nedbank could not be reached for comment at the time of going to print.

Yesterday, Motsepe-Radebe denied all the allegations against her - that she wanted to sponsor terrorism acts in Botswana because she did not support the current president of that country, Mokgweetsi Masisi.

It is alleged that she supported former president Ian Khama because their parents shared a close relationship.

Motsepe-Radebe said her late father, Augustine Motsepe, and Khama's late father, Seretse Khama, were friends, and that is how she became close to the Khama family but that she was also at university with Masisi.

"Khama is like family to me. Our parents became friends at Fort Hare University, even before they had wives and children," she said.

"I have never had any business interests in Botswana. I have never even tried to apply for mining licences, even though I was schooling there."

She added: "I have never tried to apply for any business in Botswana. The only thing that I have done is through a lawyer friend, looking at opening a mining bank because I have been advocating in South Africa to open that since during Trevor Manuel's time [as finance minster].

"So I have been looking at... opportunities."

She said although she was not close to Masisi, she was at varsity with him and she tried to speak to him in January at the World Economic Forum as they were seated in the same row.

"But that has never happened."

Eastern Cape politicians and members of the public have called on generous billionaire Patrice Motsepe to stop his popular annual Christmas party, ...
News
2 years ago

She said she was going to ask the law enforcement agencies in the country to investigate the allegations of money laundering against her.

"I am the one who went to parliament to say business is not paying tax. I proved it and proved how it is done.

"I showed government that if taxes were paid, we were not going to have challenges of fees must fall, paying for e-tolls or load-shedding.

"I also told parliament that it does not only happen in mining but in other sectors too. Also, our former president Thabo Mbeki is chairing the same committee on behalf of African Union.

"This is a clear case of that. I am also going to ask Interpol to investigate," she said.

She said the South African intelligence service also has to investigate to establish who came up with the lies against her.