No end in sight to strike at ailing SAA 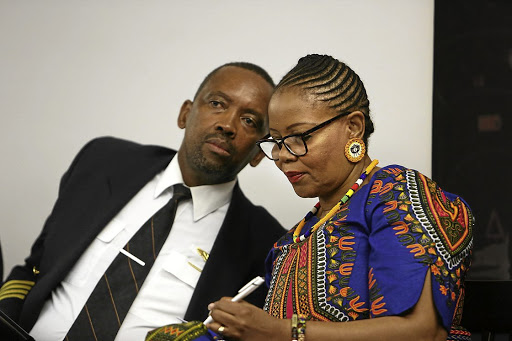 As the SAA strike enters its sixth day today, tensions remain high between trade unions and the airline's management.

Trade unions intensified the strike on Monday after failing to reach an agreement with the airline's management at the weekend.

National Union of Metalworkers of SA (Numsa) and South African Cabin Crew Association (Sacca) promised to shut down aviation until their demands were met.

Yesterday, SAA acting CEO Zuks Ramasia said the airline was ready to negotiate with employees to end the strike.

The South African Civil Aviation Authority (Sacaa) says it is conducting spot checks on SAA aircraft following claims by unions that the airline was ...
News
2 years ago

"We remain committed to ending the strike and a growing number of employees have begun coming back to work.

"We have initiated a no work, no pay (strategy) on employees who decide to proceed with the strike," said Ramasia.

She said the SAA was aware that the unions had made additional demands which were not part of the initial dispute.

Routes to Windhoek, Lagos, Lusaka and Harare will also resume, she said.

"We regret the inconvenience we have brought to our customers and we remain committed to returning things to normality," said Ramasia .

Professor Bhengu, an SAA employee, said he was dedicated to the strike to save his job and his family's only income.

"I have been working for the SAA for over nine years and I am frustrated right now because my family depends on me.

"I want the increase because I deserve it and it will make a difference in my finances," he said.

The strike has caused frustrations to thousands of passengers.