Broke 'Bosasa' back in liquidation 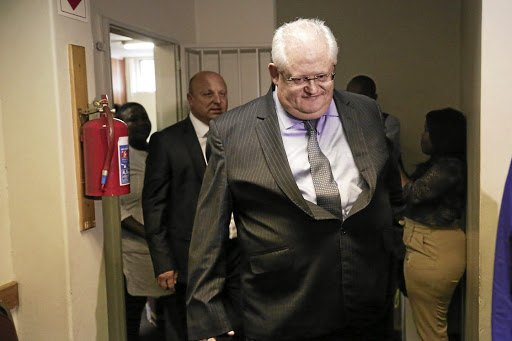 Corruption accused company African Global Operations, formerly Bosasa, is commercially insolvent and should remain in the hands of its liquidators, says the Supreme Court of Appeal (SCA).

In a unanimous judgment which is scathing about the Gauteng High Court’s decision to restore control of the company to the directors, the SCA on Friday said the decision by the company’s banks to withdraw banking facilities had clearly left it commercially insolvent. Without banking facilities, it could not receive or make payments or continue to trade.

First National Bank and Absa withdrew banking facilities to the company, citing unacceptable reputational risk, following damning bribery and corruption evidence heard by the Zondo Commission. The board of parent company African Global Holdings (AGH) took a resolution in February this year to place its operating company and that company’s 11 subsidiaries into voluntary liquidation, correctly recognising that without banking facilities it could not trade.

SCA Judge Malcolm Wallis said the directors sought to reverse this decision because of the “vigorous way” in which SA Revenue Services (Sars) preferred liquidator Cloete Murray went about his business. Sars is one of the company’s biggest creditors and is owed some R12m.

Finance Minister Tito Mboweni has declined to say whether the tax inquiry into Bosasa affairs would be extended to investigate the donation the ...
News
2 years ago

Finance Minister Tito Mboweni has declined to say whether the tax inquiry into Bosasa affairs would be extended to investigate the donation the ...
News
2 years ago

The late Bosasa boss Gavin Watson died two days before he was due to give details accusing the company's former chief operations officer Angelo ...
News
2 years ago

“On 21 February 2019 (Murray) arrived at the Group’s headquarters in Mogale City accompanied by security guards and over the next two days took control of the premises and the businesses and excluded the staff and directors.”

The company successfully resorted to the Gauteng High Court where Acting Judge Goolam Ameer agreed that its resolutions to voluntarily wind up the company were null and void as the company was not de facto insolvent at the time of the decision. He ordered the liquidators to restore control of the company to the directors.

In doing so, Wallis said Ameer had ignored a damning report dealing with the company’s financial position which had included the audited annual financial statements for the year ending February 2017 signed by then directors Joe Gumede and Gavin Watson. It indicated the company incurred a net loss of over R40m and its total liabilities exceeded its total assets by over R173m.

Hundreds of mourners, including ANC supporters, fill up the venue for Gavin Watson's funeral.
News
2 years ago

“Had the judge had any regard to that document it is difficult to see on what basis he could have accepted at face value Mr Gumede’s (subsequent) statement that the companies were all solvent,” said Wallis.

Wallis was just as scathing about Judge Ameer’s decision to grant a cost order against the liquidators in their personal capacities. He said there had never been any complaint that Murray was acting improperly or outside the scope of his powers as liquidator or that he and the other liquidators were acting against the interest of the companies, their shareholders or creditors. There was no grounds whatsoever justifying the punitive cost order.

“The grounds relied on by the judge were based on speculation and insinuations that verged on the defamatory.”

He upheld the appeal by the liquidators with costs.