Livestock thieves on the prowl during festive season, warn police 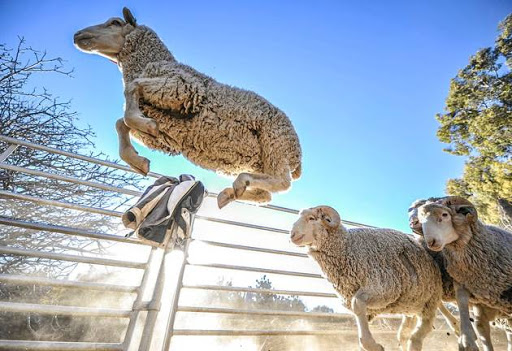 Livestock owners have been cautioned to be extra vigilant during the festive season following the arrests of five people, including a police sergeant and a teacher, for stock theft.
Image: Gallo Images

Livestock is a much sought-after commodity among criminals at this time of year, Mpumalanga police warned on Monday.

“This is a time when perpetrators target, among others, owners of livestock. These kinds of suspects usually sell their stolen stock to people who are desperately in need of meat for festivities. Any crime committed, including stock theft, will be dealt with thoroughly, without fear or favour, even if it means arresting some of our own” said Lt-Gen Mondli Zuma.

Police in the province arrested five people for alleged livestock theft this month, including a police officer and a teacher.

“Among these suspects is a police sergeant, identified as 45-year-old Anthony Ronnie. The others are 32-year-old Chris Ndoyi, 26-year-old Yanga Singangayi and 53-year-old teacher John Moses Twala, who was nabbed with 56-year-old Vusi Fani Mavuso,” said Brig Leonard Hlathi.

A police detective, accused of stealing 10 sheep, was beaten by angry villagers on Tuesday night. Residents of Machibini village grabbed the ...
News
2 years ago

“Reports indicate that on November 2 members of crime intelligence and the stock theft unit followed information received about four suspected stolen cattle that were to be transported to Gauteng to be auctioned, in Gauteng,” said Hlathi.

Police found the suspect driving his private bakkie. The vehicle was stopped and four cattle were discovered on a trailer.

"The cattle were seized, while the suspect was detained. During further investigation, police discovered that the cattle were stolen at Tweefontein area from two different kraals,” he added.

The owners of the cows had opened cases with the police.

“The two were found with 18 cattle, suspected to have been stolen. Clarity was sought with regard to the ownership of the stock, but no reasonable answer could be provided by the two suspects.”

Several days later, the owners of the stolen livestock came forward and claimed the cows.

On November 21, police received information about an incident at a farm in Carolina.

Two men were arrested. “They were found at the farm driving a van with meat at the back,” said Hlathi. They had allegedly slaughtered a stolen cow.

Court cases involving the suspects are under way.

Thieves seeking to profit from the custom of lobola are to blame for stock theft in Mthatha, Ngcobo and Mqanduli, according to police.
News
2 years ago