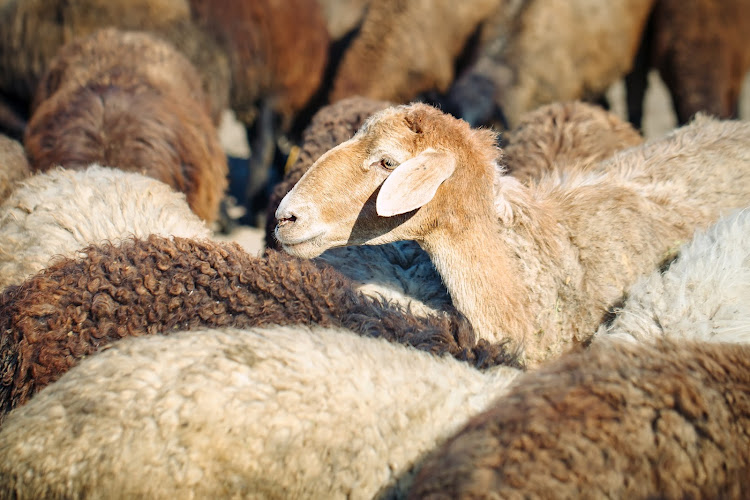 A police detective, accused of stealing 10 sheep, was beaten by angry villagers on Tuesday night.

He was rescued from the furious crowd by colleagues.

Police spokesperson captain Khaya Tonjeni confirmed that one of two men, 34 and 36, who were arrested and charged with stock theft, was a police officer.

Tonjeni said: “This arrest came after the community of Emampondweni locality in Machibini village saw a suspicious vehicle driving around. They suspected that the aim was to steal stock and followed the vehicle.”

A car chase ensued. The vehicle was later found along the road with one lamb loaded.

Stock thieves made 25 stolen sheep "disappear" by hiding them underground in the Eastern Cape.
News
2 years ago

“It had been driven by one of the two suspects while the other suspect ran away,” Tonjeni said.

The driver had cuts on the forehead as a result of the assault from the community members.

“He was taken to Komani private hospital for treatment and later discharged and detained at Komani police station,” said Tonjeni.

He said the man who escaped had personally handed himself to Ezibeleni police and was detained for being in possession of stolen animals, among them the lamb.

“Both suspects will appear on Friday at the Ezibeleni magistrate’s court,” he said.

On Wednesday, residents of Machibini and Ilinge gathered at the Ilinge community hall to form street committees, which will patrol the streets and fight crime. Residents said their encounters with livestock thieves were so regular that have decided to sell their theft-prone animals.

Foloti said: “We, the community of Ilinge, have stopped reporting cases to the police and have decided to investigate them ourselves.”

He said the arrest of the police detective spurred on their suspicion that more officers were involved.

Thieves seeking to profit from the custom of lobola are to blame for stock theft in Mthatha, Ngcobo and Mqanduli, according to police.
News
2 years ago

Foloti said they would follow the detective’s case and oppose bail because he had embarrassed the SA Police Service.

Novuyisile Ntulo said at 8pm on Tuesday she received a call from her son asking if she knew anything about a car that was at the kraal.

“I went outside, and my child was at the street and he tried to stop the car but it sped passed him. They chased the car until it got stuck in a donga just outside the village,” she said.

Ntulo said she noticed that 10 sheep were missing from her brother’s kraal.

She said when they called the police they were told there was no police van — but when the accused called them the Ilinge police arrived and took him away.