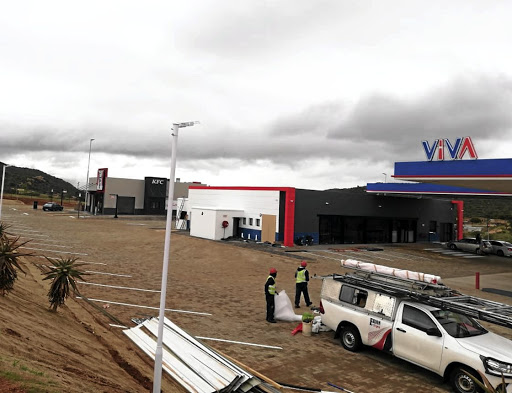 ZCC had encouraged its members to boycott the KFC outlet about to open at Viking near the church's headquarters over the usage of the name 'Moria' to market it. / PETER RAMOTHWALA

The restaurant apologised after the church issued a statement to its millions of congregants, urging them not to support the business in Viking village near Moria, Polokwane.

KFC admitted to SowetanLive that a few days before the launch of its Boyne branch it had used the word "Moria" on its billboard mounted at Paledi Mall in Mankweng, less than 15km from Zion City.

KFC executive human resources and development manager Eddie Vercueil said they had since removed the billboard and unconditionally apologised to the church.

"It was a mistake on our part that we had to use the word Moria instead of Boyne. We have written a letter of apology to the church and we were told the letter will be withdrawn," he said.

It's official: 'KFC couple' getting married on New Year's Eve

The country’s most anticipated wedding is set to take place on New Year’s Eve.
Lifestyle
2 years ago

In the letter, which was circulated on social media directed to all church ministers, pastors and congregants, the office of Bishop Dr BE Lekganyane urged them not to support the business near its headquarters.

The letter, signed by more than 10 church officials and dated November 12, read: "We inform you that the business you see under construction below Viking village is not linked to the church. We are asking you not to support it."

A female employee at the KFC outlet who wished to remain anonymous, said she feared that she might lose her job if the matter was not resolved. "If ZCC members are not coming here it means there will be no jobs for us. I saw the letter but I don't know the reasons behind the boycott," she said.

ZCC secretary Reverend Emmanuel Motolla told SowetanLive yesterday that the name "Moria" is an intellectual property and it cannot be used by anyone.

"I don't know much about the contents of the letter but what I heard was that there was a KFC billboard written "Moria" on it. We have not seen their apology. With regard to the business, we were concerned that many people were bringing their CVs into our offices assuming that we are behind the project," he said.

Motolla said they will be meeting with other top church officials, including concerned stakeholders, to discuss the matter. We will clarify some of the contents of the letter."