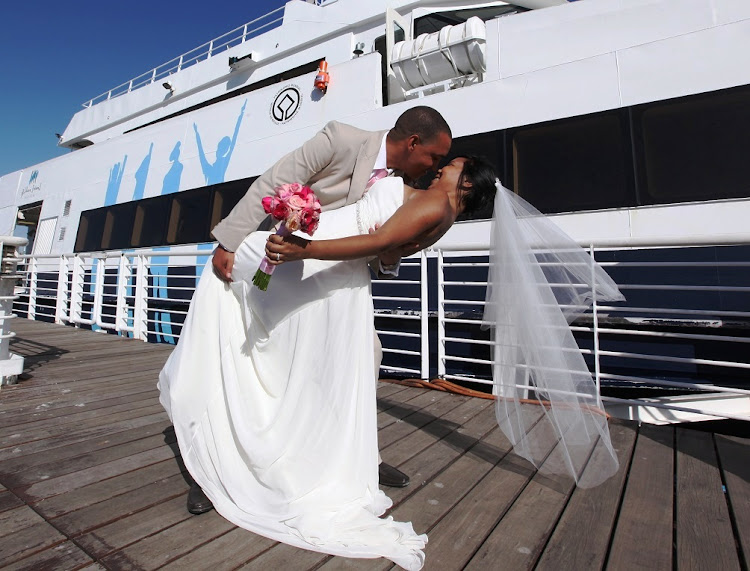 Graticia Langley and Randall Ricardo Koen of Durbanville after they were married on Robben Island on Valentine's Day in 2012.
Image: Esa Alexander

Robben Island is looking for 20 couples to tie the knot on the 20th anniversary of Valentine’s Day weddings in the island chapel.

The island museum and the home affairs department said on Wednesday that registration was open for couples interested in getting married on February 14 at the former prison in Table Bay, “which, on the day, is transformed into a lavish wedding venue with an amazing ambience”.

A joint statement said couples would assemble at the Nelson Mandela Gateway, at the V&A Waterfront, to catch a ferry to the island, where they would be married in the chapel.

“Once the couples have exchanged their vows, they will head off to a wedding reception for lunch and thereafter go on a tour of the museum,” said the statement.

“There will also be an opportunity for the couples to take their wedding photos on the beach and to capture the iconic and other scenic areas on the island. The couples will return to Cape Town in the afternoon.”

Interested couples should contact Wilhelmina Booysen on 021-468-4510 or Wilhelmina.booysen@dha.gov.za and Yolanda Mdutywana on 021-413-4226 or yolandm@robben-island.org.za on or before February 5.

The Robben Island Museum’s revegetation programme aims to plant 10,000 trees over the next five years.
News
2 years ago