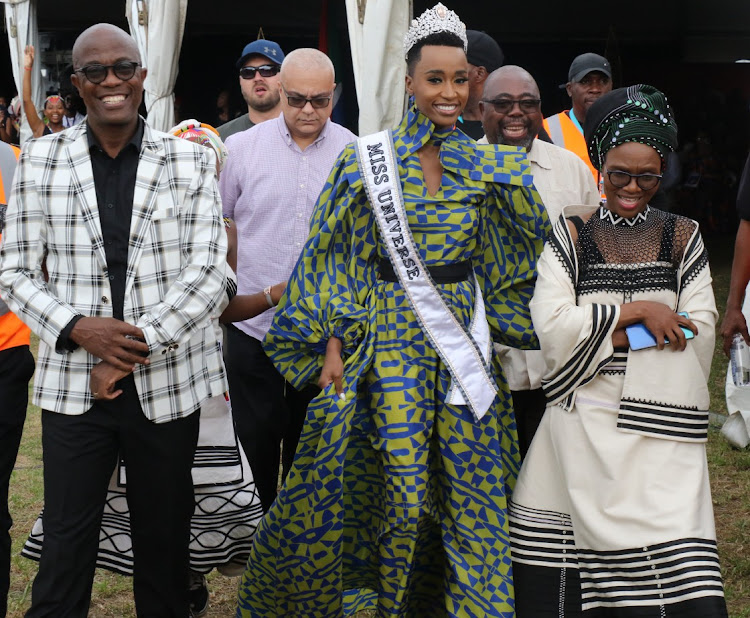 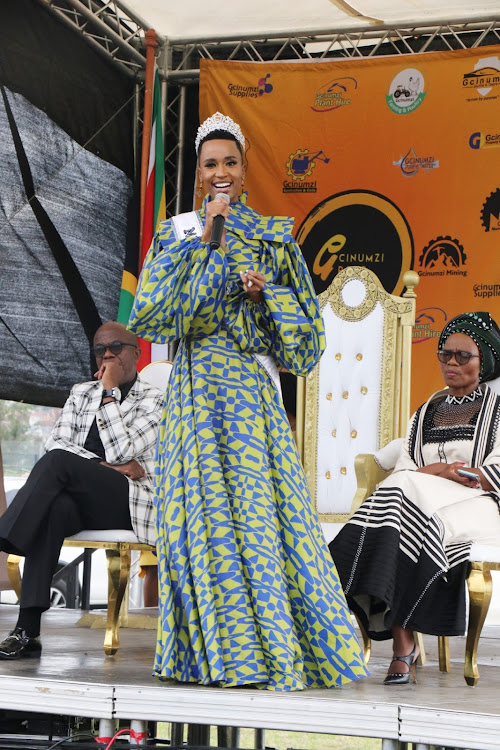 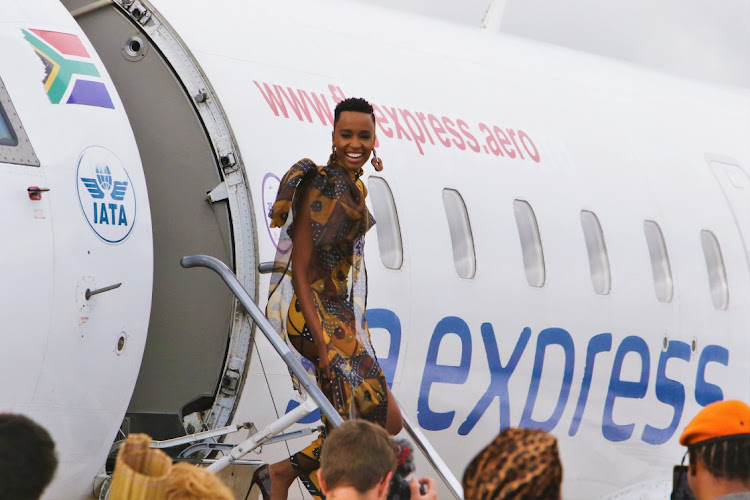 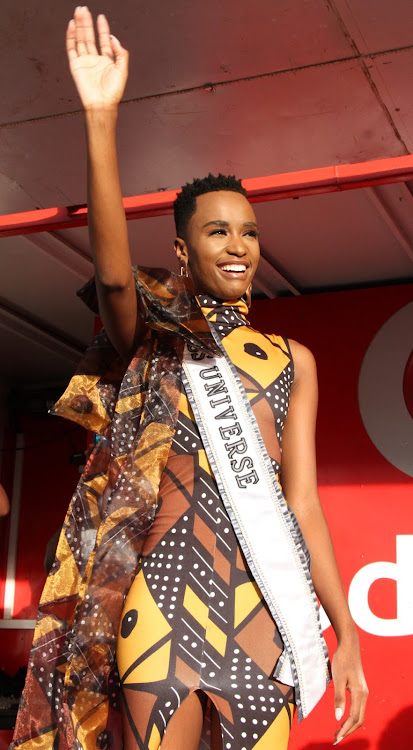 Speaking at a provincial homecoming event organised in her honour at the Mthatha Stadium on Sunday afternoon, the Tsolo-born 26-year-old beauty thanked her father, Lungisa Tunzi, and mother, Philiswa Nodophu-Tunzi, for helping her realise her own dream of winning the prestigious global crown.

“I couldn’t have done this without my parents,” she told a crowd of more than a thousand people, which  included employment & labour minister Thulas Nxesi, who hails from the same Tolo clan as Tunzi, sport, recreation arts & culture deputy minister Nocawe Mafu and provincial DSRAC MEC Fezeka Bayeni.

The event was organised by the provincial government in partnership with the OR Tambo district and Mhlontlo municipalities.

WATCH | Zozibini Tunzi's parents, Lungisa Tunzi and Philiswa Nodophu Tunzi sing together at the homecoming celebrations of Miss Universe at the Mthatha Stadium on Sunday pic.twitter.com/rJs0ROkO8t

Tunzi, who expressed gratitude for the support she had received from South Africans, said she was delighted to be back on home ground.

“I go out there and speak a lot about them [my parents]," Tunzi said.

“I am extremely lucky to have been able to go out to the world and tell the story of South African women and children.”

Tunzi said she could not wait to start her community programme work in the country.

She also revealed that there was a big possibility that the next Miss Universe competition would be held in SA.

This would afford more people an opportunity to experience the pageant first-hand, she said.

“It’s not about Miss Universe or the title, it’s about us believing in our dreams.

“Many people have asked me what it means, and I tell them it means representation and it means inclusivity.”

On her arrival at the Mthatha Airport on Saturday afternoon, she addressed the media and hundreds of fans who had waited patiently for hours for her arrival.

Afterwards, she was whisked off to her home in Sidwadweni village, where she was taken to a rondavel for a meet-and-greet with family members before addressing neighbours and other well-wishers inside a tent set up in the yard.

There she promised the people of Sidwadweni that she would always remain one of them.

“I will always remain a little girl from Sidwadweni,” Tunzi said.

On Sunday morning, Tunzi unveiled a mural of her face at the Nkosi Mtshazi Public Library in Tsolo.

A roar of excitement from her adoring fans greeted her when she arrived at the stadium later in the afternoon.

“It is only through the grace of God that she was able to accomplish everything,” said her mother.

Her father, who urged her to remain humble in life, urged the public and the private sector to help her realise her dreams, which included focusing on education and building schools, particularly in rural areas, as well as helping fight gender-based violence in SA.

Deputy minister Mafu said President Cyril Ramaphosa, upon accepting the rotating AU chairmanship in Addis Ababa in Ethiopia, had been told by other African leaders to prioritise the fight against gender-based violence.

“He said he would because SA already has an ambassador for that by the name of Zozibini Tunzi.”

Mafu also urged young people to dream big and not let anyone tell them their dreams were not real.

A gala dinner was hosted in Dutywa in Tunzi’s honour, on Sunday evening.

Hundreds of well-wishers roared with excitement as Miss Universe, Zozibini Tunzi touched down at the Mthatha Airport on Saturday afternoon.
News
2 weeks ago