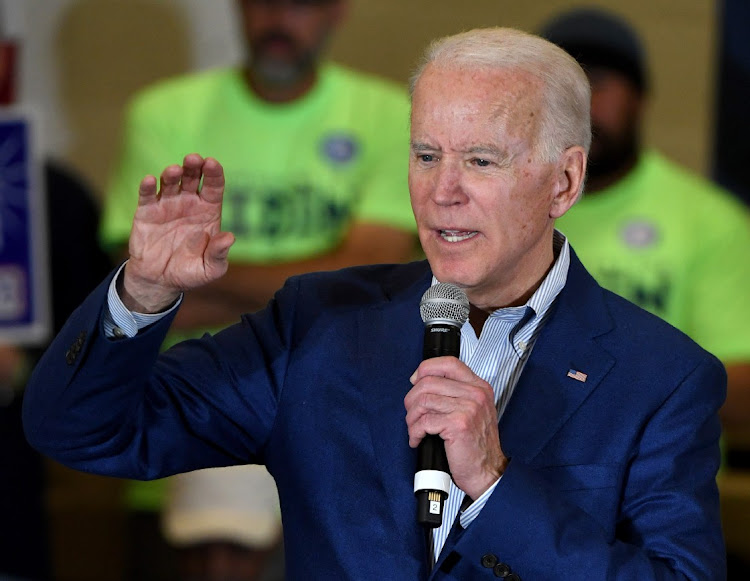 Claims by former US vice-president Joe Biden that he was arrested while trying to visit Nelson Mandela in prison have met with scepticism.

On Friday, the New York Times reported that there appeared to no evidence of the arrest and questioned whether the claim was not a ploy to attract more diverse voters in his bid for the Democratic Party presidential nomination.

The report said Biden referred to his own arrest twice more in the next seven days on the campaign trail.

While no specific details of when the arrest occurred, Biden said he was held between efforts to coax his wife to marry him.

He proposed marriage in 1977. But the Times pointed out that Biden never mentioned the arrest in his 2007 memoir, which includes his trip to SA in the 1970s.

Iowa resident Carolyn Miller had long harbored doubts about Joe Biden's candidacy, believing the former vice president was too old and too fumbling ...
News
2 years ago

The publication could find no news accounts of the incident, and it also did not have access to SA arrest records.

South African arrest records are not readily available in the United States.

Biden’s claim was also questioned by former Congressman Andrew Young, who said he had travelled with Biden over the years, including to SA.

“No, I was never arrested and I don’t think he was, either. Mr. Now, people were being arrested in Washington. I don’t think there was ever a situation where congressmen were arrested in South Africa,” he told the Times.

Biden’s campaign team did not respond to Times queries.