It’s official: We’re in lockdown. And these are the rules 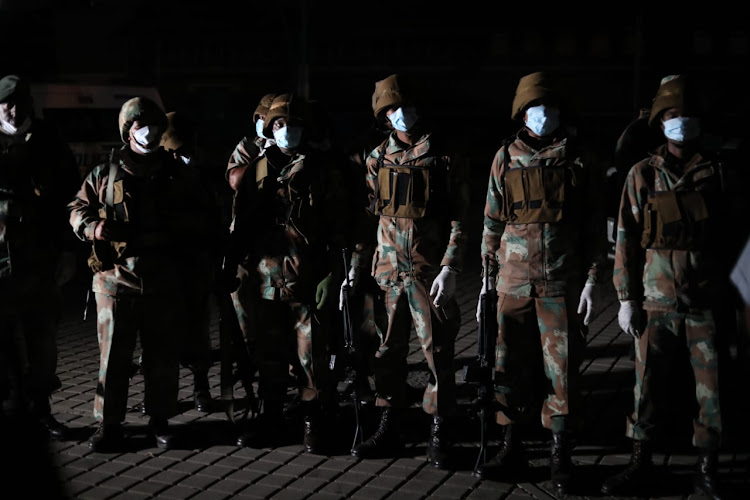 SANDF soldiers in Mary Fitzgerald square in Newtown Johannesburg. They will be deployed to Alex, Hillbrow and other parts of the Johannesburg during the lockdown.
Image: ALAISTER RUSSELL

At the very moment this article was published, SA went into lockdown.

President Cyril Ramaphosa announced that from Friday, and for 21 days, the country would be under lockdown in an attempt to “flatten the curve” in reducing the number of Covid-19 infections.

At the time of his address, there were 402 cases of Covid-19, the respiratory illness caused by the coronavirus. At 5.30pm on Thursday — just 6-and-a-half hours before the lockdown kicked in — that number had risen to 927.

Ramaphosa said there was a fear that it would continue to rise.

In the days that followed Ramaphosa's announcement on Monday, various ministers and government departments have outlined exactly what the lockdown means, along with what you can and can't do.

These are some of the main ones:

After the announcement that the sale of alcohol would be prohibited during the 21-day lockdown, South Africans queued outside bottle stores to stock ...
News
2 years ago