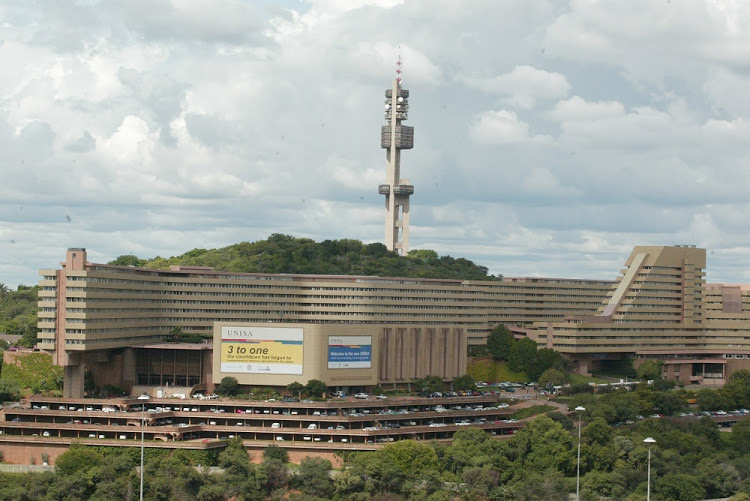 The Winnie Madikizela-Mandela Building on Unisa's Muckleneuk Campus in Pretoria has been closed after a professor tested positive for Covid-19.
Image: Dudu Zitha/Sunday Times

A building at Unisa's campus in Pretoria has been closed after a professor tested positive for Covid-19.

Unisa spokesperson Martin Ramotshela said in a statement that the professor's doctor confirmed that he had contracted the deadly virus.

''He [the professor] reported the matter to his line manager and informed colleagues with whom he had had contact after his return," said Ramotshela.

According to Ramotshela, the professor, who had been on leave, had just returned from George in the Western Cape.

"He indicated that he was not certain about when or where he was infected," he said.

Ramotshela said that the professor came to his office on March 18, when he reported that he was not feeling well, and had been booked off sick since then.

​Following the disclosure that the professor had tested positive, his colleagues were sent home for self-isolation and were advised to go for testing.

''A follow-up will be conducted to establish their status," he said.

Ramotshela said that the Winnie Madikizela-Mandela Building on the Muckleneuk campus was closed and that disinfection of the building is being planned.

''Many buildings have been closed to ensure that no further contamination takes place. This has been done in anticipation of the planned disinfection of all the Unisa buildings.''

He said that staff members have been provided with sanitisers, gloves and masks ''wherever possible''.

WATCH | Covid-19 research: Virus can last 'up to seven days' on surgical mask

Research published by medical specialists in Hong Kong shows how long Covid-19 can survive on different surfaces and in various environments.
News
2 years ago