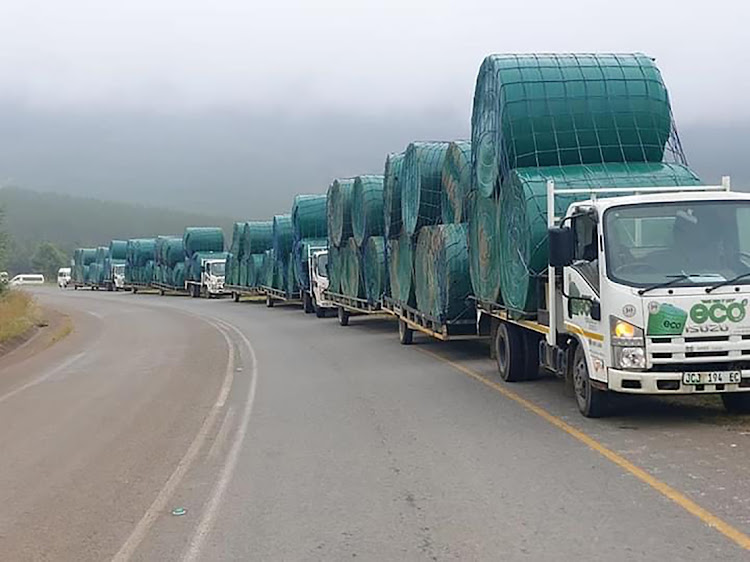 The water and sanitation department has delivered more than 4,000 water tanks to drought-stricken communities in the Eastern Cape.
Image: FACEBOOK/ DWS

The water and sanitation department has delivered more than 4,000 water tanks to drought-stricken communities in the Eastern Cape.

Not only will the tanks, each 2,500 litres, go a long way in ensuring residents have access to clean, drinkable water, but people are now able to wash their hands regularly to protect themselves from the deadly coronavirus.

Since the countrywide lockdown began on March 26, the government has made available 4,308 water tanks to Eastern Cape communities, with preference to water-scarce areas, in a province that was declared a drought disaster area in October.

The Lindiwe Sisulu-led department this week announced it had provided 978 water tanks in the OR Tambo district, 953 in Sarah Baartman, 803 in Chris Hani, more than 560 in Alfred Nzo, 516 to communities in the Amathole district, 271 in the Buffalo City Metro, 112 in Joe Gqabi district and 108 in Nelson Mandela Bay Metro since the lockdown started.

The projects were done in conjunction with the Amatola Water Board, with water and sanitation spokesperson Sputnik Ratau saying many were done through provincial service providers in a bid to give them some relief “during these trying times that come with the lockdown”.

“Following the declaration of the national state of disaster by President Cyril Ramaphosa due to the increasing number of Covid-19 infections, the minister instructed her department and its entities to urgently dispatch water tanks and tankers to rural areas and informal settlements.

“The department and Amatola Water Board have ensured local benefaction by using local suppliers to distribute water to their localities.

“Local contractors at the level of local municipalities and wards benefited through building of stands to install water tanks throughout the Eastern Cape province.

He said he was hoping that small provincial businesses have “been able to breathe a sigh of relief” as the department has “kept them busy to enable them to put food on the table in their families”.

He said 171 water trucks had been distributed in various parts of the province, including those from water service authorities and donors.

Mnquma municipal spokesperson Loyiso Mpalantshane, whose Butterworth-based council has been devastated by the crippling drought since 2015, said on Wednesday: “The provision of water tanks will help our residents, especially the elderly and vulnerable, to maintain good hygiene and fight against infection”.

“Rainwater harvesting also promotes food security because we'll be able to irrigate our gardens. We call on communities to remain vigilant against any acts of vandalism of these precious water tanks.”