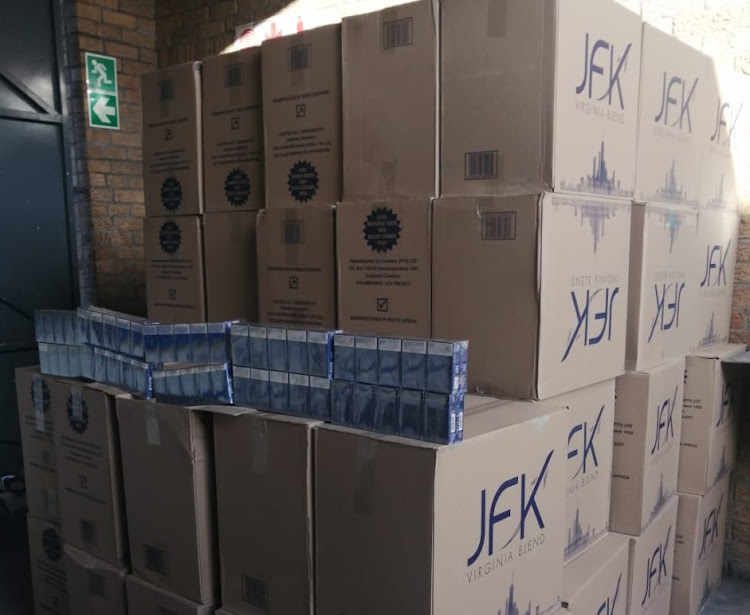 The cigarettes were seized on April 16 2020 in Ravensmead, Cape Town.
Image: CITY OF CAPE TOWN

Cigarettes worth almost R1m were seized in Cape Town on Thursday, metro police said on Friday.

Spokesperson Ruth Solomons said officers were conducting lockdown patrols on Thursday in Ravensmead when they saw a van with an “essential services” sticker.

“They stopped the vehicle and the driver indicated he was transporting cigarettes,” said Solomons.

“Officers found 70 boxes of counterfeit cigarettes in the vehicle, with an estimated street value of R955,500.”

Solomons said the 35-year-old driver was arrested for possession of counterfeit cigarettes and for contravening the Disaster Management Act. He was detained at Ravensmead police station.