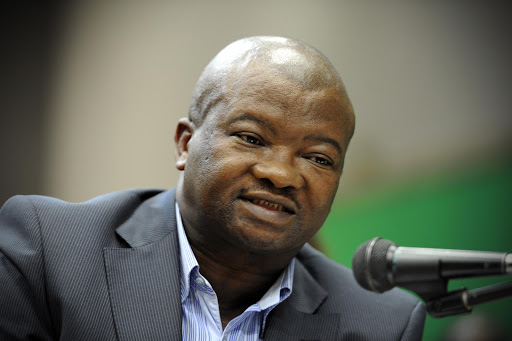 Holomisa said Ramaphosa's ministers are "all talk" and contradict each other.

Speaking on 702, Holomisa commended Ramaphosa for how he was dealing with the pandemic. However, he lamented the behaviour of ministers.

“President Ramaphosa is a process person. We commend him for consulting. His weakness is that many of his ministers contradict each other,” said Holomisa.

Earlier this month, one of Ramaphosa's appointed ministers, Stella Ndabeni-Abrahams, came under fire for breaking lockdown regulations after she was pictured having lunch at the home of former higher education deputy minister Mduduzi Manana.

Many on social media called for her head, and the communications, telecommunications and postal services minister has since been charged with contravention of regulation 11B of the Disaster Management Act, and is expected to appear in the Pretoria district court next month.

Trade and industry minister Ebrahim Patel recently contradicted the regulations which classify “any food products” as essential goods when he pronounced the ban on the sale of cooked hot food after the announcement of the amended regulations.

The DA's Dean Macpherson threatened legal action should Patel fail to explain his statement, which the party said was “absurd, invalid, illogical and ill-considered”.

According to Holomisa, during the pandemic Ramaphosa should have appointed “qualified people” to deal with matters  instead of “prima donnas”.

“These prima donna ministers are messing up the country. They should be locked up and told to keep quiet,” said Holomisa.

This is not the first time the UDM leader has thrown jabs at ministers appointed by Ramaphosa. Earlier this year, Holomisa said the ministers lacked discipline when it came to addressing issues concerning the country.

“When it comes to the implementation phase, some ministers have no clue what they are doing in those departments because they don't specialise in those fields.”