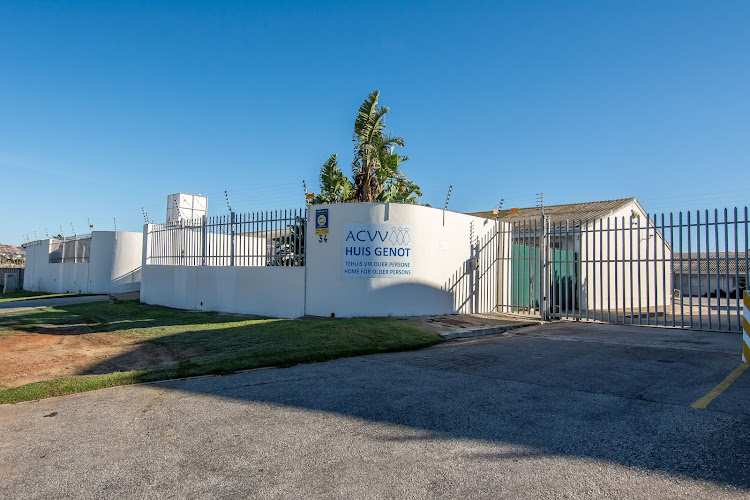 Stuck between a rock and a hard place — this aptly describes the plight of workers at the Huis Genot old age home in Algoa Park, Port Elizabeth, who continued their silent protest on Monday after at least two people at the home tested positive for Covid-19.

While they remain terrified of catching the virus and infecting their loved ones at home, a group of about 20 staff members report to work daily for fear of losing their  jobs.

The group resorted to holding a silent protest at the Algoa Park premises, demanding that the home be thoroughly cleaned before continuing with business as usual, claiming that until now their cries have fallen on deaf ears.

They claim the unrest began after a resident at the home tested positive for the virus nearly three weeks ago.

There have since been two staff members who also tested positive last week when mass testing of staff and residents was held at the home.

Huis Genot is home to more than 100 elderly residents with about 74 staff members.

A cleaner who asked not to be named for fear of being victimised, said they feared they could have been infected by the virus after they were tested as everyone went back to work before the results came out.

“The two workers who have now tested positive had been working when they got their results because the  place never closed and nobody was isolated while we waited for the results.

“We were all working together in shifts, so anything could have happened between when we tested and when we got the results.

“We don’t feel safe. We have been telling the manager that he must get the whole place disinfected but nothing has been done,” the cleaner said.

They have been reporting to work and not performing their duties since May 6, saying they simply sit outside the facility and do nothing.

Another worker said she was already being stigmatised by her own family since they learned that there were Covid-19 cases at her work places.

“I live with my children at home and since I told them that we were tested at work because there was a Covid-19 case they have been very distant from me, avoiding getting close to me.

“The situation at home has been tense and I have no way of assuring them that I am no risk because I also feel unsafe at my place of work,” the worker said.

Funerals are continuing to prove a headache in the fight against the coronavirus in the Eastern Cape.
News
2 years ago

The workers said they had been each given one mask, with a station to sanitise their hands at the entrance.

However, home manager Sarel Broodryk said they had put hand sanitisers in all the home’s departments in addition to the entry and exit points.

He said the department of health had taken over the situation since the first case was reported.

“Since the first patient who collapsed and was treated as a suspected Covid-19 patient, we have been following the department’s lead in handling the matter.

“They sent in people to test everyone and have said a cleaning company would arrive to disinfect the place but nothing has happened.

“I have not received any formal communication except for the two staff members who came and told me that they were called by the department and told they had tested positive last week,” Broodryk said.

Nearly 100 inmates have tested positive for Covid-19 in the East London prison - more than doubling the number of infected prisoners in the Eastern ...
News
2 years ago

On Saturday, Broodryk said he had received no formal confirmation from the health department that the hospitalised resident had, in fact, tested positive for the virus.

A family member of one of the residents said she had received no communication from the home about the matter.

She said she was only told that residents were being tested when she went to drop off parcels for her 83-year-old mother.

She had only heard the rest of the information through the grapevine, she said.

“It’s upsetting to hear about such a situation from other people while my mother is in there,” she said.

Broodryk said he could not inform families about the matter until he had all the relevant information.

Questions sent to the department of health were not answered by the time of going to print. - HeraldLIVE