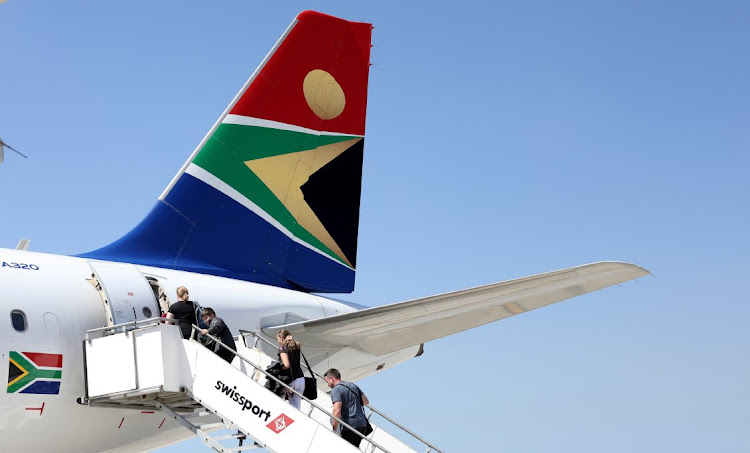 SAA’s financial statements, which will be presented to parliament on Friday afternoon — more than two years late, reveal substantial losses of R5.5bn in 2018 and R5.1bn in 2019.

The company, which is obliged by law to table its annual financial statements in parliament, has not done so since 2017. The company is insolvent and on December 5 was placed in business rescue. However, parliament’s standing committee on public accounts (Scopa) has insisted the company submit its financial accounts, regardless of whether it is a going concern.

Pictures of the SAA balance sheet were tweeted by DA member of the committee Alf Lees on Thursday, before the meeting, reports Business Day.

On Friday, public enterprises minister Pravin Gordhan and business rescue practitioners Les Matuson and Siviwe Dongwana will appear together before Scopa, where the financial statements will be discussed.

The state-owned airline, which is obliged by law to table its annual financial statements in parliament, has not done so since 2017
Business
1 year ago

In a parallel process with the business rescue, Gordhan has compiled a plan for a future SAA, either in a restructured form, or as a completely new airline, ring-fenced from the liabilities of SAA.

He has criticised Dongwana and Matuson for failing to present a business rescue plan, which he has said could easily be done.

For their part, the business rescue practitioners have been dependent on decisions from the government on funding before a plan could be finalised.

Lees said in a statement that the heavy losses incurred by SAA over the past two years meant Gordhan should shelve his plans for a new airline, unless he makes it absolutely clear that it will be privately owned and not state funded.

In a leadership compact concluded with labour, Gordhan has said a new airline would have no dependence on the fiscus. However, it is not clear where the capital to start the airline will come from.