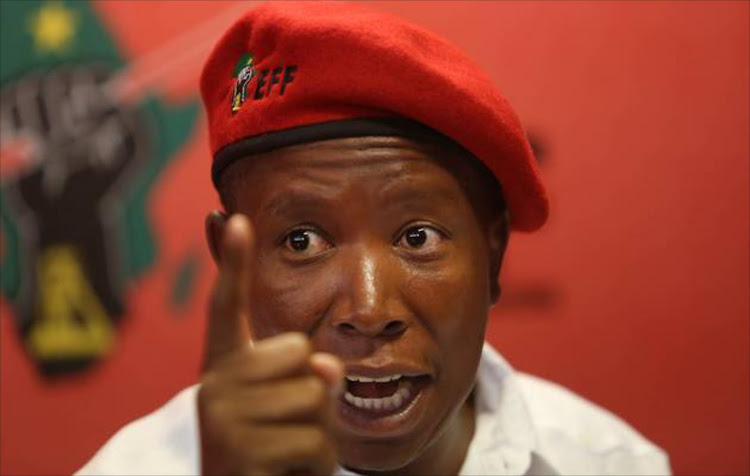 “Anyone who instructed the killing of people in Marikana has no leg to stand on, they cannot claim that black lives matter.

“Therefore, [President Cyril] Ramaphosa has no leg to even pretend that he cares about the lives of black people.”

EFF leader Julius Malema made these comments during a protest march held by the party in Sandton on Monday.

The march was in solidarity with the Black Lives Matter movement in the US and around the world.

“We must start caring about the lives of black people here in Africa first. Anyone who instructed the killing of people in Marikana has no leg to stand on, they cannot claim that black lives matter.”

“This bastard called Cyril sold this country even before he became president. The first speech that Nelson Mandela gave after prison, he said we would nationalise until Cyril took him to meet the Mennel family and he said 'it's not going to work' and abandoned the radical economic programme that existed since the formation of the youth league.”

“When you kill Zimbabweans, Nigerians and Mozambicans here in SA you’re teaching the world that it is OK to kill black people. We must treat black lives with respect and dignity in Africa first.”

“We believe that all Black Lives Matter. Just because we are assisting with putting out the fire on one house that is burning does not mean we do not support other lives.”

“When you assist someone, you should do it silently. Now, you’re forcing us to speak on something that we did not want to speak on because you think we do not care for our people at home.”