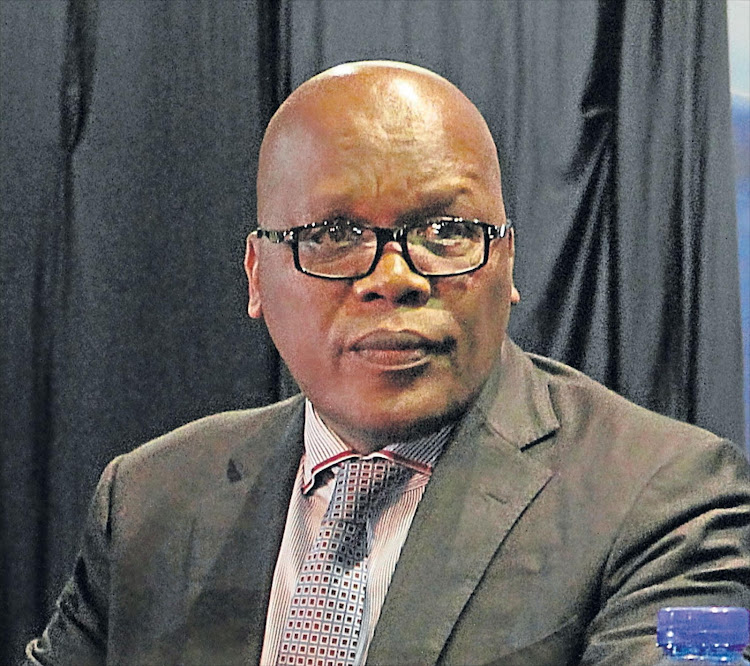 Parliament has slammed Buffalo City Metro mayor Xola Pakati for lacking a clear plan to deal with the coronavirus.

The mayor also came under fire from parliament’s Cogta portfolio committee for failing to present an approved Covid-19 budget, and for dragging its feet in adopting its draft medium term revenue and expenditure framework [MTREF] budget.

In a virtual meeting on Wednesday night, MPs also criticised BCM for failing to hold a single virtual council meeting to adopt the municipal budget, which by law must be concluded before the end of this month.

In a further indictment, BCM was hauled over the coals for failing to ensure sufficient testing for Covid-19 was carried out in the city.

But Pakati responded that council had sat for two virtual meetings.

He said the annual budget and integrated development plan (IDP) would be discussed on Friday.

BCM CFO Ntsikelelo Sigcau said on May 29 the council did not approve the MTREF budget, deciding that they wanted to workshop it first.

On May 27, a city employee tested positive for Covid-19 and this led to the postponement of the meeting to the May 29 date.

“It is not a disregard of the legislation ... that we have not yet adopted the draft MTREF.

“We tried to comply but the circumstances have forced us to this stage we are in,” Sigcau said.

The metro would request the assistance of the national government to “waiver the consultation period” so the budget could be approved by June 30.

In a statement issued by the Cogta portfolio committee on Thursday morning, chair Faith Muthambi expressed “disappointment” in Pakati’s presentation.

Muthambi said the committee had implored the BCM leadership to “rise to the occasion” of steering a metro where 50% of the population  lives in poverty.

The committee asked Pakati to ensure the city formulated a responsive Covid-19 plan.

Pakati had appeared before the  committee to present the city’s plan, which includes digging and backfilling of graves for rural communities, establishment of ward-based rapid response teams chaired by councillors and building a 200-bed quarantine site.

But MPs said his presentation did not address their concerns as to why council had not adopted its 2020/2021 budget.

They were also dissatisfied on issues of quarantine sites, how many there were and why so little testing was being done in the metro's health facilities.

Pakati  shifted the blame for a backlog in testing to the health department.

Ratepayers in Buffalo City Metro should brace themselves for possible rates hikes in July. BCM mayor Xola Pakati has proposed that property rates be ...
News
2 years ago

The mayor said BCM was  a Covid-19 hotspot because large numbers of people travelled between the Eastern Cape and the Western Cape.

“The people who die in the Western Cape are buried here in the Eastern Cape.

“Another source of the problem is the East London Correctional Centre [where many prisoners have tested positive].”

Pakati said the municipality was responsible for 154 overcrowded informal settlements and villages.

Muthambi said the travel link between the Eastern Cape and the Western Cape was unavoidable.

MPs slammed Pakati for not providing names of the quarantine sites and details on the provision of water.

The mayor told the portfolio committee  BCM anticipated a revenue collection shortfall of more than R728m because of the impact of the coronavirus — R154m for electricity, R72m for refuse collection, R197m for property rates,  R70m in sewage and R235m in water.

Pakati said the metro had suspended its credit policy for businesses and residents.

Acting city manager Bob Naidoo, who co-presented with Pakati, said the department of water & sanitation had discontinued the delivery of some water tankers.

No numbers were given, but Pakati’s report said the city had hired two tankers as replacement.

Responding to a question by ANC MP Gordon Mpumza, Pakati said the department of water & sanitation had promised the city 72 water tanks for villages but 31 were still outstanding.

On quarantine sites, Pakati said there were three based at holiday resorts.

“We are now looking at building a 200-bed field hospital,” he added.