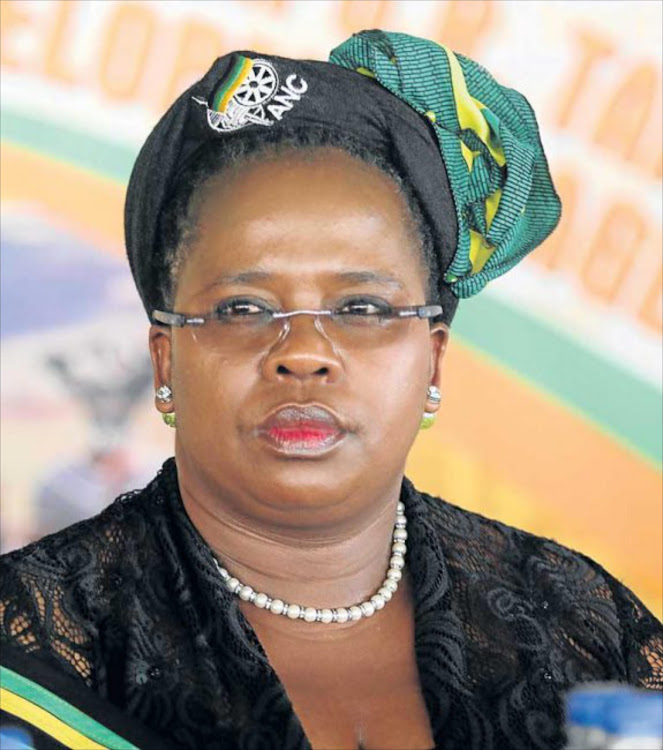 OR Tambo district mayor Nomakhosazana Meth is mentioned in a high court interdict pertaining to a dispute over grazing rights at Buck Kraal farm near Peddie. Meth claims in papers before the Bhisho high court that she has been erroneously cited in the interdict application and wants the application against her dismissed with costs.
Image: FILE

The tranquillity and neighbourly spirit of the settlement of Khangelekile at Buck Kraal farm near Peddie was torn apart last month when neighbouring Crossman residents allegedly demolished structures and damaged property at Buck Kraal.

At issue are grazing rights over the land held by the Crossman community and the right to occupation of the Khangelekile residents.

Khangelekile resident Mncebisi Dike said since he and others moved onto the settlement, “as in any other newly established community”, people were setting up their dwellings and fencing their yards. Residents were keen to assist each other and peace prevailed.

But on June 25 and the days thereafter, Crossman residents, allegedly led by traditional leader Chief YJ Swelindowo, resident Gxwederha Yali and others, destroyed homesteads, leaving residents homeless and unable to return to the state-owned land they previously occupied.

Dike and seven others, who have been in the settlement since about February 2018, have sought a high court interdict following their eviction last month.

The interdict has been sought against rural development & agrarian reform MEC Nomakhosazana Meth, the Amambalu traditional council with authority over Crossman, Swelindowo, Yali and five other residents of Crossman.

But Meth claims in papers before the Bhisho high court that she has been erroneously cited in the interdict application and wants the application against her dismissed with costs.

The residents on the farm do both crop and livestock farming. Dike said projects aimed at youth development, arts and recreation were being pursued to keep young people off the streets and discourage substance abuse.

After Crossman residents complained that the Khangelekile settlement was encroaching on their leasehold over land for grazing, Dike said a rural development & agrarian reform official in East London told him the complaint was baseless as the Crossman lease had expired and not been renewed.

By then, the Khangelekile residents had been occupying the land for more than 21 days.

It is this aspect of the interdict application that has raised an objection from Meth, who has told the court her department does not have an office in the city.

Dike said the official told him they should remain on the land until the department decided on their occupation.

However, the neighbourly spirit of the rural community was broken when the Crossman residents, armed with sticks, knobkieries, bush knives and axes, allegedly invaded the Khangelekile site on June 25 and demolished structures on the basis that Crossman was entitled to the land for livestock grazing.

Swelindowo sent out a communication under the authority of the Amambalu traditional council ordering the residents to vacate the Khangelekile land.

Dike said two days later he watched in helpless agony as his house was ransacked and razed and his vehicle torched.

Khangelekile residents, including an elderly widow, have had to seek refuge with relatives and friends. In the context of the Covid-19 pandemic, they faced the real danger of contracting the virus.

The matter will be heard this week.