‘We want to know who killed our mother and aunt’ 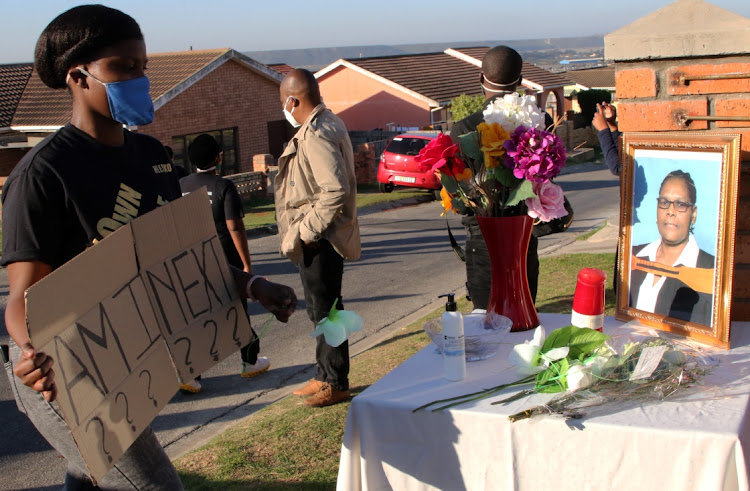 A group of KwaMagxaki Dwellers Forum members hold a walk/drive-past to pay their respects to the family of two elderly women who were shot dead at their home during a robbery last week.
Image: Fredlin Adriaan

Losing family members to murder is absolutely devastating, but not knowing who killed them makes the pain so much worse, the Ngqungwana family from KwaMagxaki, near Port Elizabeth, whose mother and aunt were shot dead almost two weeks ago, say.

The family is now being supported by the KwaMagxaki Dwellers Forum, which will hand over a petition to police demanding more visible policing in the area.

Phumla Judith Ngqungwana, 73, Nozizwe Ngqungwana, 79, and a third woman, who is not being named, had been dropped off by a relative on July 15 at Phumla’s home after attending a funeral when they were accosted by two men.

The relative intended to pick up his son and return to Phumla’s house soon after.

Just after he drove off, the women, who were entering the house, were accosted by two gun-toting men, police spokesperson Col Priscilla Naidu said.

Once inside the house Phumla and Nozizwe had been forced into one room and their companion into another, Naidu said.

They were then all ordered to lie down on the floor.

“Shots were then heard in one room,” Naidu said.

She said the relative who had given the women a lift had returned with his son shortly after the two women were killed and they too were ushered into a room and robbed.

“Their cellphones, wallets and vehicle keys were taken. The suspects fled with their maroon Mazda 6, which was later found abandoned in the same area.”

KwaZulu-Natal police are investigating a case of murder after a 26-year-old woman was killed during a brutal attack on Ayoobs Farm in the Midlands on ...
News
1 year ago

“My mother was the pillar of the family. She was old but very strong. I never [thought] we would lose her in the gruesome manner we did,” he said.

Ngqungwana said the death was more difficult for his 77-year-old father, who had lost a wife and a sister at the same time.

“I’m worried about my father, who is not well. I can’t begin to imagine the pain he’s feeling,” he said.

“Closure would help us a lot. I look forward to the day the suspects are arrested and explain why they killed my mother and aunt.

“I know that won’t bring them back but I need to know.”

Phumla was buried on Saturday and Nozizwe will be buried on Wednesday in Bhisho. 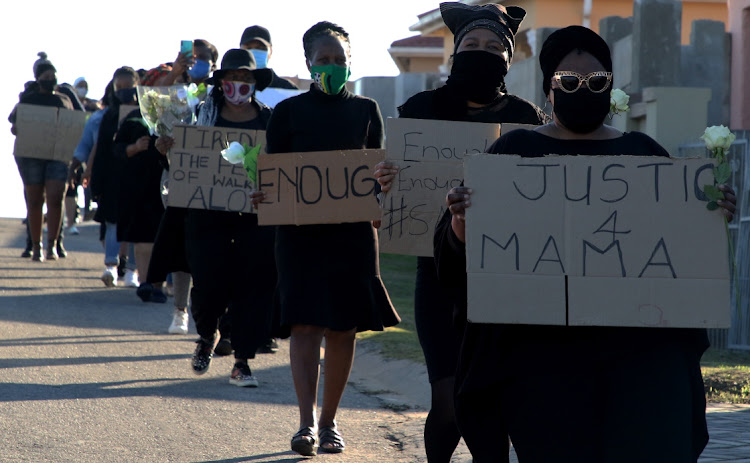 The KwaMagxaki Dwellers Forum on Thursday afternoon organised a silent walk/drive-past march to pay their respects to the family.

The organisation’s spokesperson, Gugulethu Mancotywa, said house robberies, hijackings and shootings were some of the crimes KwaMagxaki residents faced every day.

“We are all human beings and our lives matter too.

“As a community we need to unite in ensuring that what happened to the Ngqungwana family should never happen again in our society,” Mancotywa said.

Chair Manelisi Maqetuka said the forum had sat in a number of meetings with police.

“In our community WhatsApp group we added the councillor, a KwaDwesi police station captain and the metro police commander and we have reported all crimes and received no feedback on reported incidents,” he said.

He said they had urged the community not to take the law into their own hands.

“Officials have been hiding behind excuses for far too long, saying ‘we lack in resources’ and ‘our jurisdiction has expanded beyond our means’. It’s too much now,” he said.

Ward 30 councillor Mbulelo Gidane said crime was a worry in KwaMagxaki and the community needed to unite to fight it.

He said a lack of resources at the police station was a challenge.

“We have written to the provincial government and informed them about the need to expand the police station and bring in more manpower and resources.

“They agreed but then said it was not  a priority.”

He said despite the lack of resources, police were assisting the community and were responsive.

Naidu said KwaDwesi police management was engaging regularly with the councillor and other concerned citizens.

“A WhatsApp group was set up for them to report crime, and information posted on this group is speedily followed up,” she said.

The forum is planning to hand over a petition to the police on August 3, highlighting crime in the area.