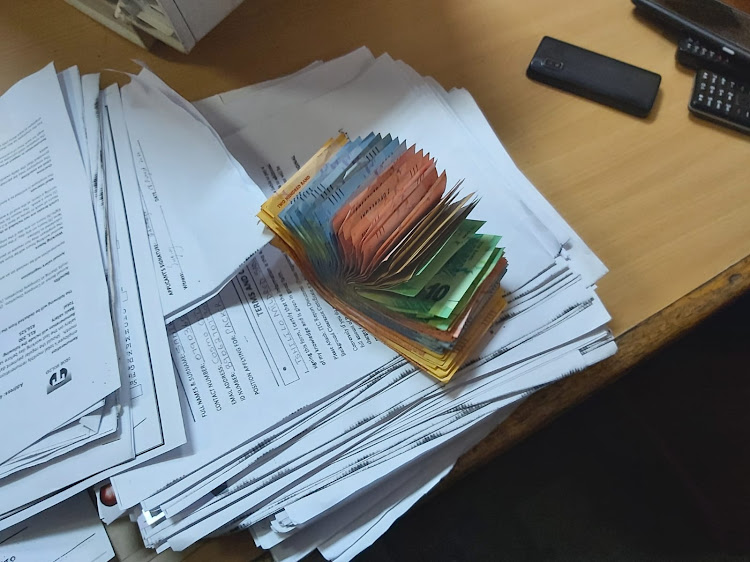 Metro police officers found piles of CVs, fake application forms and R7,140 cash at the premises from which the fake recruiters were operating.
Image: JMPD

Desperate job seekers were roped into a scam by fraudsters who conned them out of hundreds of rand, the Johannesburg metro police department (JMPD) said on Wednesday.

The alarm was raised after a woman who was promised a job paid the bogus recruiters R450, JMPD spokesman Wayne Minnaar said.

“When contacting the suspects, their phones were switched off and they weren’t seen or heard of again.”

Officers arrested the three women who posed as recruiters in their "office" on the seventh floor of a building in the Johannesburg CBD, Minnaar said.

He said piles of CVs, fake application forms and R7,140 in cash were found.

A computer, printer and four cellphones were seized.

The three women are expected to appear in court soon.