South Africa might be past its peak, but a world of uncertainty awaits 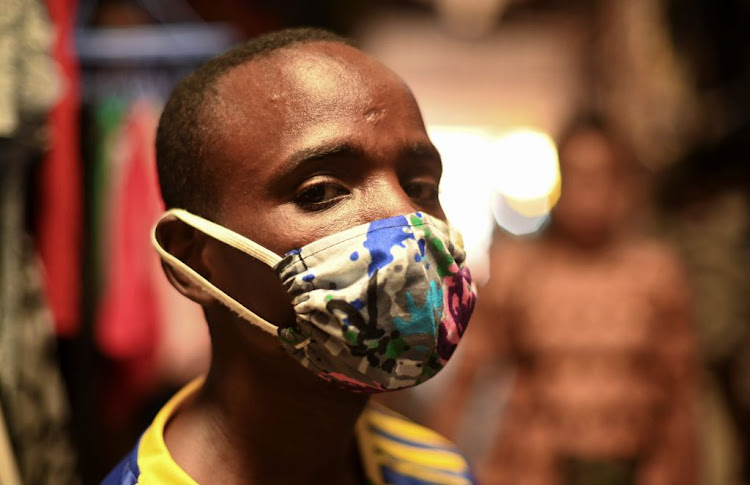 Covid-19 has ensured 2020 will go down in history as a worldwide turning point. But local and global experts looking to next year and beyond say the pandemic and its fallout will be with us for a long time.

Sheetal Silal, a specialist in mathematical modelling of infectious diseases at the University of Cape Town (UCT), said predicting the future of Covid-19 was difficult because so much about it was still unknown.

One of the key gaps in scientific knowledge was whether those infected “will have long-lasting or short-term immunity, and whether this immunity will offer complete or partial protection”.

In the absence of a cure or vaccine, transmission will remain “largely dependent on population behaviour”, such as social distancing, mask wearing and hand washing.

It was also wrong to pin too much hope on a vaccine being ready by next year.

“Much uncertainty exists in the protective mechanism [of a vaccine], how long it will last and when it may become available,” said Silal.

Russia announced on Tuesday that it would approve a Covid-19 vaccine - a move hailed by Moscow as evidence of its scientific prowess.
News
2 years ago

Also, natural immunity and a vaccine “could protect one from getting infected” or may simply “lower your chance of having severe disease” should you become infected. “This may result in future epidemics, but with a decreased burden on the health system,” she said.

Ultimately, the future of Covid-19 could be “regular annual epidemics, seasonal epidemics, epidemics occurring every few years or even sporadic, unpredictable epidemics”.

The head of Germany's vaccines regulator said some groups of people living in Germany could be vaccinated early next year against the coronavirus ...
News
1 year ago

Prof Wolfgang Preiser, a virology expert at the University of Stellenbosch, said: “As we have to open up again, we will see flare-ups, and once international travel begins again (without which SA won’t be able to survive), this will intensify.”

In terms of public health, the best long-term strategy would be “contact tracing for every single case”, he said.

“This would need an army of contact tracers and quick testing on a large scale,” but it may not be feasible when even countries with better resources “are often not managing well”.

Next year would be a good time to absorb and apply some of the “often painful lessons” of 2020, said Preiser. “Early recognition and proactive management of people with diabetes and hypertension” was one of them, as these were major risk factors, even in younger people.

The Western Cape had set the pace on this and “if these efforts could be upheld, it would mean something good has come out of the pandemic”.

Another concern is that even when new strategies are in place, the infection could still kill.

Megan Scudellari, writing in the journal Nature, quoted experts as saying “regular extensive circulation of the virus” could end up with it becoming endemic — a disease regularly found among particular people in a certain area — somewhat like malaria, a preventable and treatable disease that still kills more than 400,000 people a year.

On a more positive note, the younger population in Africa could stand the continent in good stead. London School of Hygiene & Tropical Medicine researcher Rosalind Eggo said: “Regions with older populations could see disproportionally more cases in later stages of the epidemic.”

Eggo’s data from six countries suggests that “susceptibility to infection in children and people under 20 years old is approximately half that of older adults”.

Regardless of how the disease plays out in medical terms, there are calls for new policies that respond to the changes it has wrought on the social landscape.

Stellenbosch University law professor Thuli Madonsela said “in advising government, it is imperative to include a social science lens in the process of conceptualising and drafting Covid-19 regulations”.

Writing in the South African Journal of Science, the former public protector said: “Society is a system and, as in all systems, things are interconnected. By government’s own admissions, Covid-19 is not only a public health threat, but also a threat to society and the economy.”

Perhaps 2021 will have to be a year of patience. Any study of the immune system “requires long-term investigation of large cohorts of individuals”, said Silal.