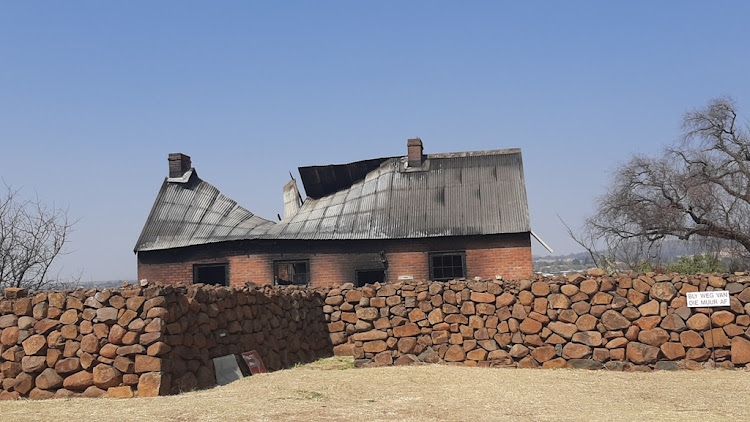 The building, known as the Canteen, at the Fort Amiel museum caught on fire when a nearby wildfire, helped by strong winds, ignited the building.
Image: supplied

A wildfire burnt the contents of one of the buildings at the Fort Amiel museum in Newcastle to ashes on Wednesday morning.

The building, known as the Canteen, caught on fire when a nearby wildfire, spurred on by strong winds, ignited the building.

The museum curator for the past 17 years, Louis Eksteen, told TimesLIVE on Monday that most of the contents and construction of the building were made of wood, therefore the fire became an inferno with leaping flames and smoke billowing from the windows and chimneys.

“All of the contents literally burnt to unrecognisable ashes. The lead letters from a printer's cabinet even melted,” he said.

Avid watersports enthusiasts and recreational divers Hennie Roos and Matthew Fenn had no idea that an unplanned morning spearfishing dive almost a ...
News
2 years ago

The building was destined for a display on the history of the town, which was in progress.

“A town scene was created during the past two years and would have displayed among others an old photographic and haberdashery shop, a historical printing works and a pharmacy. It therefore contained a valuable collection of historical furniture and other items. Since the glass frontage display cases had not been installed yet, the majority of artefacts were in boxes in another building awaiting display.

“However, the larger items including the first organ of the Dutch Reformed Church, the old printer's cabinet and printing press of the Cobrin family of Buffalo Press, and a display case of the old Forsyth pharmacy were destroyed. The old sewing machine and typewriter collections were already on display and were destroyed,” Eksteen said. 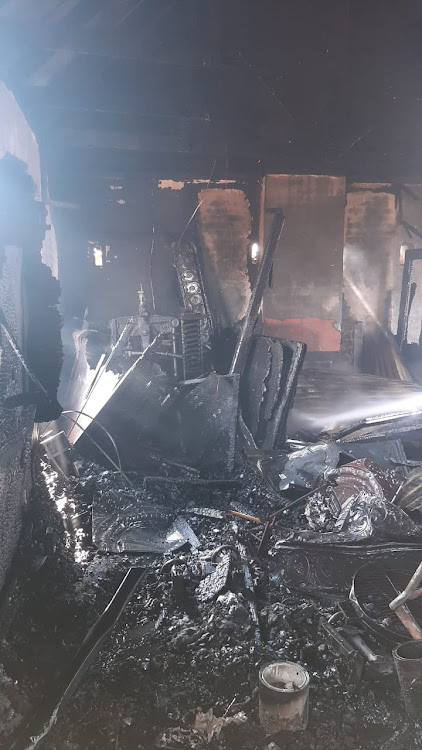 A wildfire burnt the contents of one of the buildings at the Fort Amiel museum in Newcastle to ashes on Wednesday morning.
Image: supplied

None of the museum's valuable military and Zulu artefact collections, archives and photographic collections were affected.

The Newcastle municipal fire brigade was on the scene within seven minutes.

“Fortunately none of the museum personnel or fire fighters were hurt,” Eksteen said.

He said the fort was constructed in 1876 by British forces as a military base for use during the Anglo Boer and Zulu wars.

“This year was the 30th anniversary of the establishment of the museum at Fort Amiel. The museum is insured and the building will be restored and fitted with exhibitions again. The museum forms part of the department of community services, arts, culture and amenities of the Newcastle municipality.”

Arts and culture MEC Hlengiwe Mavimbela said the fire was a blow to KwaZulu-Natal's heritage.

“This incident is a huge loss to the heritage of KwaZulu-Natal as Fort Amiel Museum is one of the 42 museums affiliated to the KwaZulu-Natal department of arts & culture. What saddens us is that the fire came at a time when we should be celebrating the 30th anniversary of the museum," Mavimbela said.