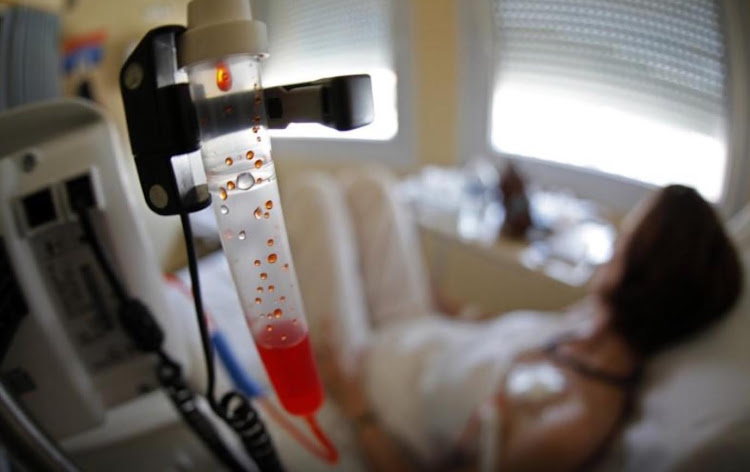 Cancer sufferers face an array of social stigmas and ignorance which Alison Tucker has set out to expose.

The Hudson Park High old girl and Rhodes University Masters graduate was treated for breast cancer in 2017 and published her first book, My Best Worst Year:  A Breast Cancer Story, on September 1

It is a vibrant recollection of her encounter with cancer, but in an interview, Tucker, 56, says she uncovered a welter of issues and misconceptions which have given the book an educational and activist edge.

She writes about women who have no idea what medical treatment they are undergoing and says some women with cancer are stigmatised and abandoned to starve.

The approval of a breakthrough cancer medicine for a wider range of conditions has been hailed as an "offer of renewed hope" for SA patients battling ...
News
1 year ago

People are also ill-informed about how to support and comfort those with cancer and often make the situation worse with their poorly chosen words.

Treatment has also advanced with doctors often advocating a lumpectomy, where breast cancer is carefully tracked and targeted, rather than performing a mastectomy.

Tucker says women’s first reaction is often to have their breasts removed but medical thinking has moved on.

Chemotherapy, so dreaded by many, has also undergone medical advancement.

She was given E-Mend, a medication which assisted with nausea during her chemo treatment.

She did not throw up once and kept up her daily exercise of running, cycling or going to the gym, much of it on the Durban beachfront.

She completed her 50th parkrun while still undergoing chemo. “Twenty of those runs were chemo- fuelled!” she says.

Her decision to adopt a curious attitude and to be positive saw her 250 daily gratitude posts on Facebook drawing up to 300 likes and were shared many times.

One of the most read was when she put up a picture of her bald head.

A seven-year-old boy has become the first person in the country to receive volumetric arc therapy to treat his leukaemia.
News
1 year ago

Tucker describes herself as an East London person and regularly visits her mom Eunice — and the Friesland for a milkshake.

She runs a strategic marketing consultancy in Durban, where she lives with her partner of 27 years, entrepreneur Michael Taylor.

She says she wrote the book in an effort to demystify the illness and to provide as much help as she could to people who have cancer and their loved ones who support them.

She sets down numerous insights and advice in a world where “small things are big things”. Her advice to friends is not to talk, but to listen and do.

She urges women facing chemo to get their wig made up before the treatment and to pierce their ears because earrings make women feel feminine and beautiful.

The fight against cancer in the province has received a major boost after a R25m donation to the department of health for acquisition of radiation ...
News
2 years ago

Tucker writes about the emotional turmoil caused by the treatment which alters women’s hormonal balance, broaching the little-spoken phenomenon of post-traumatic stress, which is dubbed “canxiety”.

Though many people, like her, are treated and survive, they are often left to deal with the aftermath on their own.

Cancer, Tucker says, is for life. After being declared “NED” — no evidence of diseases — people still take medication which has side effects, and have to go for check-ups monthly and annually, which raises a host of fears and uncertainties. People with cancer speak of BC (before cancer) and AC (after cancer).

“You are a cancer patient for life,” she says.

Initially, she felt her writing was for her own sanity, but later realised there were many deep issues to be raised and discussed with other people living with cancer.

Previous cancer stories had been narrowly focused and she felt a need to express herself on these wider issues which needed to be demystified.

Her hope is that the information will help reduce the fear of the unknown and help others to also take charge of their lives.

"He just might have been a superhero in real life too".
Lifestyle
1 year ago

In her own small act of rebellion against medical pragmatism and scepticism, she refused to have a medical port inserted, and used one “faithful vein” for all her treatment.

She was resisting the medical belief that a port would be useful for more treatment if there was a recurrence of the cancer down the line.

Tucker says it came as a surprise when her publisher asked her to join an authors’ group.

“I had not regarded myself as an author!” she says with a chuckle.

October is breast cancer awareness month. Tucker has bought a lot of the books herself, and in partnership with the Breast Health Foundation, will turn any profit from her sales into books being given to women “who would benefit from the read but who may not be able to afford to buy a book”.