A Nobel prize for Greta Thunberg? 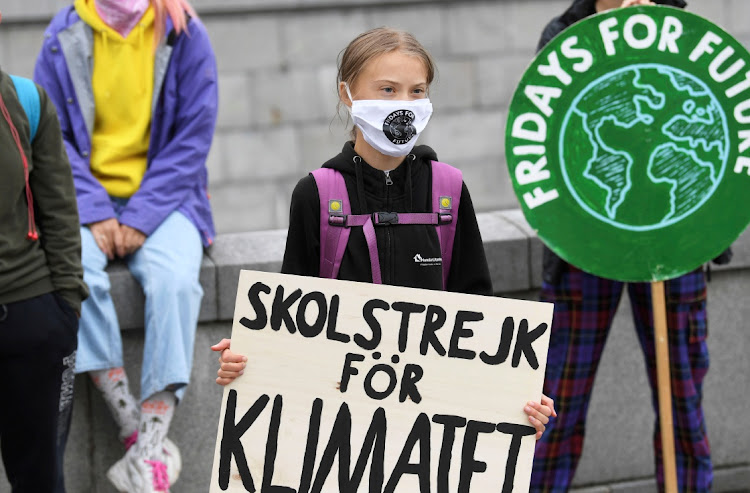 This year's Nobel Peace Prize could go to green campaigner Greta Thunberg and the Fridays for Future movement to highlight the link between environmental damage and the threat to peace and security.

The winner of the $1m (R16.4m) prize, arguably the world's top accolade, will be announced in Oslo on October 9 from a field of 318 candidates. The prize can be split up to three ways.

The Swedish 17-year-old was nominated by three Norwegian lawmakers and two Swedish parliamentarians and if she wins, she would receive it at the same age as Pakistan's Malala Yousafzai, the youngest Nobel laureate thus far.

Asle Sveen, a historian and author of several books about the prize, said Thunberg would be a strong candidate for this year's award, her second nomination in as many years, with the US west coast wildfires and rising temperatures in the Arctic “leaving people in no doubt” about global warming.

“Not a single person has done more to get the world to focus on climate change than her,” Sveen told reporters.

People need to tackle both the coronavirus pandemic and the climate crisis together, Swedish climate change activist Greta Thunberg told an Earth Day ...
News
1 year ago

The committee has given the prize to environmentalists before, starting with Kenya's Wangari Maathai in 2004 for her campaign to plant 30 million trees across Africa, and in 2007 to Al Gore and the Intergovernmental Panel on Climate Change.

In the era of the coronavirus crisis, the committee could also choose to highlight the threat of pandemics to peace and security, said Dan Smith, the director of the Stockholm International Peace Research Institute.

“There is a relationship between environmental damage and our increasing problem with pandemics and I wonder whether the Nobel Peace Prize Committee might want to highlight that,” he said.

If the committee wanted to highlight this trend, he said, “there is obviously the temptation of Greta Thunberg”.

The Fridays for Future movement started in 2018 when Thunberg began a school strike in Sweden to push for action on climate. It has since become a global form of protest.

The March4Women event, organised by CARE International, will bring together female climate campaigners as they call on governments to make a rapid ...
Africa
1 year ago

Neither Thunberg nor her father Svante, who sometimes handles media queries for her, replied to requests for comment.

Many were sceptical when Greta, as she is often referred to, became the bookmaker's favourite to win last year's Nobel Peace Prize, especially with regard to her age, but her second nomination could strengthen her chances.

Other possible choices are Reporters Without Borders, Angela Merkel and the World Health Organisation, experts said, though it is unclear whether they are nominated.

Nominations are secret for 50 years but those who nominate can choose to publicise their choices. Thousands of people are eligible to nominate, including members of parliaments and governments, university professors and past laureates.

It is not known whether Donald Trump is nominated for this year's prize, although he is up for next year's award after a Norwegian lawmaker named the US President for helping broker a deal between Israel and the United Arab Emirates. — Reuters