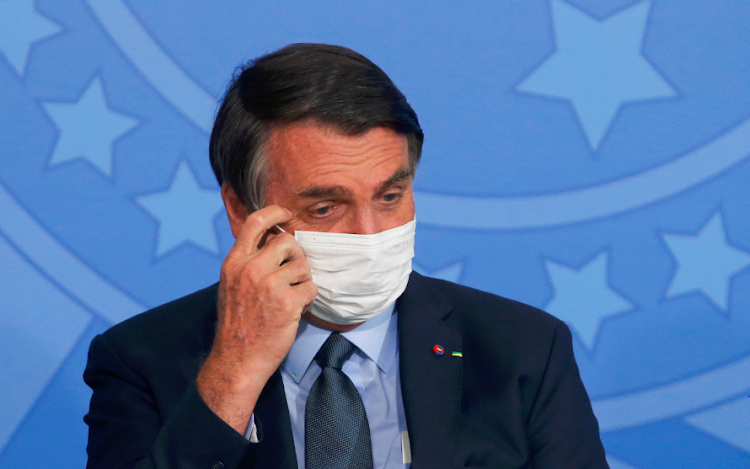 Bolsonaro's health has been a matter of public concern after he was stabbed in 2018 while on the campaign trail and subsequently underwent four related surgeries.
Image: REUTERS/ ADRIANO MACHADO

Brazil's President Jair Bolsonaro has a “great” clinical outlook after scheduled surgery on Friday morning to remove a bladder stone, according to a statement issued by his press office and signed by a three-doctor medical team.

In the statement issued early on Friday evening, doctors said that there was no fever or bleeding. The president was eating and walking in his room, it said.

Brazil's Paraná state is in talks with Russia to produce a Covid-19 vaccine, the state research institute said on Tuesday, hours after President ...
News
1 year ago

Bolsonaro's health has been a matter of public concern after he was stabbed in 2018 while on the campaign trail and subsequently underwent four related surgeries.

Bolsonaro has been aware at least since August that he would undergo a surgery to remove a bladder stone. His doctors have said the bladder surgery is completely unrelated to the stabbing and that it is a simple procedure.

Bolsonaro is set to leave the hospital on Saturday or Sunday at the latest, according to his medical team.