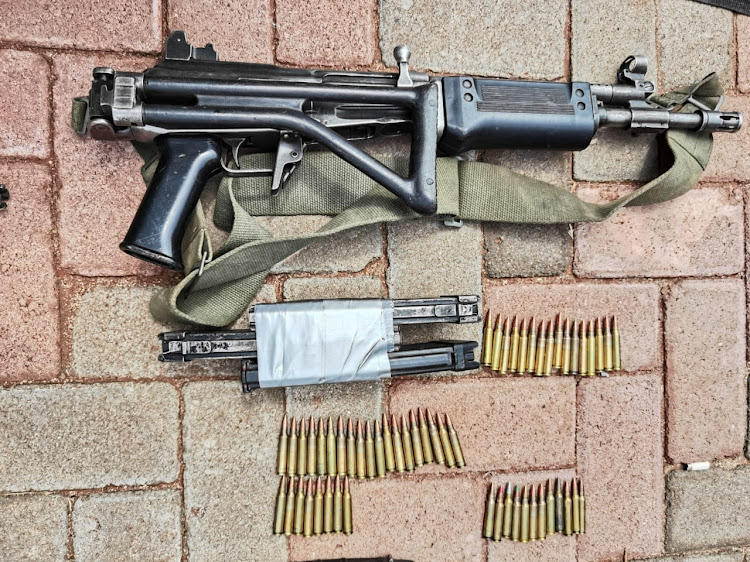 Six men have been arrested in connection with an alleged cash-in-transit (CIT) heist in Burgersfort, Limpopo. Weapons and cash were seized during the arrests.
Image: SAPS

Six men have been arrested in connection with an alleged cash-in-transit (CIT) heist in Burgersfort, Limpopo.

“It is reported that just after 6.30pm on Monday, an unknown number of suspects robbed security guards of undisclosed amount of money after allegedly using explosives to bomb the armoured vehicle,” said police spokesperson Col Brenda Muridili.

An intelligence-driven operation led the police to Polokwane, Mokopane and Lebowakgomo, where six suspects were arrested at their hideouts.

“The police confiscated at the scenes five vehicles, four of which are suspected to have been robbed from their owners, while the fifth belongs to one of the suspects. Five unlicensed firearms and ammunition, as well as undisclosed amount of money, were also seized,” said Muridili.

National police commissioner Gen Khehla Sitole commended the team for the “swift” apprehension of the suspects.

“We will continue to be vigilant and to heighten targeted operations to counter CIT robberies in the build-up to the festive season,” he said.