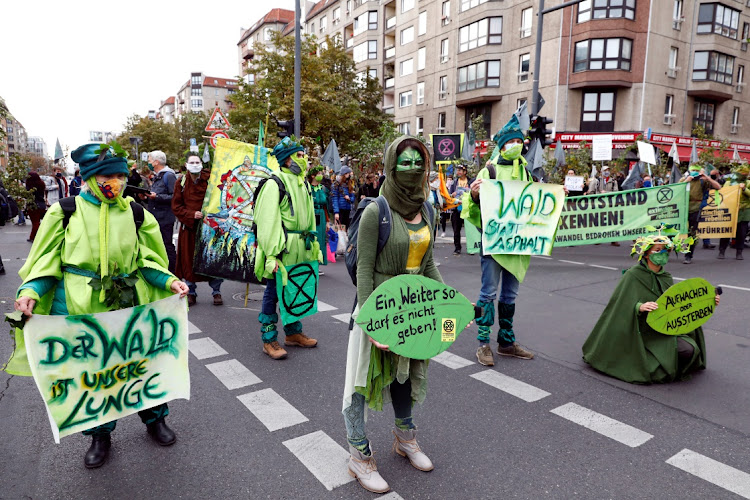 Climate activists on Monday began a week of action seeking a halt to all airport, motorway and federal highway projects in Germany with a sit-in blockade at the transport ministry in Berlin.

Dozens of Extinction Rebellion activists sat in front of the ministry from early morning, holding placards with the protest week's motto “Stop the destruction of our basic resources”.

They called for a stop to the felling of part of the Dannenroeder forest, which started last week to make way for a highway.

The forest, which the activists call “Danni”, lies in a nature protection area north of Frankfurt.

“It is not only the Danni who is destroyed, but German and European forests as well.”

Police were on the scene and carried away some protesters who had glued themselves to the street with adhesive tape, a police spokesperson said.

Extinction Rebellion plans to follow the blockade with a “March of the dead trees” through Berlin.

More than 1,000 participants have been registered for the demonstration, police said. — Reuters